Pitzer College sociologist Phil Zuckerman declared concerning suicide rates: "this is the one indicator of societal health in which religious nations fare much better than secular nations."

In 1894, the NY Times declared regarding atheism and suicide:

In 2004, the American Journal of Psychiatry reported the following: The Rev. Dr. Robert Stuart MacArthur was an early proponent of atheism being a causal factor for suicide.[7][8][9]

Richard Dawkins' book "The God Delusion" along with a community college biology class, have been linked to the tragic suicide of Jesse Kilgore.[15] Kilgore had several discussions with friends and relatives in which he made it clear Dawkins' book had destroyed his belief in God. This loss of faith is considered the cause of his suicide which is not surprising given that there is evidence which suggest that atheism can be a causal factor for suicide for some individuals.

Jesse's father is quoted as saying "If my son was a professing homosexual, and a professor challenged him to read [a book called] 'Preventing Homosexuality'… If my son was gay and [the book] made him feel bad, hopeless, and he killed himself, and that came out in the press, there would be an outcry. He would have been a victim of a hate crime and the professor would have been forced to undergo sensitivity training, and there may have even been a wrongful death lawsuit. But because he's a Christian, I don't even get a return telephone call." 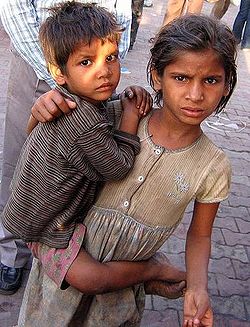 According to a study by the Barna Group regarding charitable giving:"The typical no-faith American donated just $200 in 2006, which is more than seven times less than the amount contributed by the prototypical active-faith adult ($1500). Even when church-based giving is subtracted from the equation, active-faith adults donated twice as many dollars last year as did atheists and agnostics."[17]

A number of studies have confirmed that there is an inverse relationship to doing volunteer work and depression.[18] The atheist population does less charitable works and volunteering per capita than the theist population (see: Atheism and uncharitableness).

See also: Atheism, gender and suicide and Atheism appears to be significantly less appealing to women

See also: Atheism and marriageability and Atheism, marriage and suicide

Vox Day declared that according to the 2001 American Religious Identification Survey (ARIS) "more than half of all atheists and agnostics don’t get married."[24]

Solution to atheism and suicide

Australian online opinion writer and lecturer in ethics and philosophy at several Melbourne theological colleges, Bill Muehlenberg, in his essay The Unbearable Heaviness of Being (In a World Without God) states the following:

See also: Atheism and European suicide in the 17th century

An essay by the Christian apologist Dr. James Spiegel describes Bertrand Russell as a "misogynistic and a serial adulterer; a chronic seducer of women, especially very young women, even in his old age."[28] See also: Atheism and morality

Unlike atheism which merely offers vanity and unrelenting despair, Christianity offers an accurate view of the universe and man's place in it. For more information, please see: Christian joy, atheist despair and the good news of Christianity and Resources for leaving atheism and becoming a Christian and Evidence for Christianity