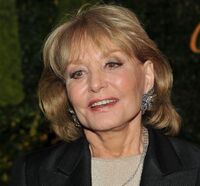 20/20 is an weekly format American news show on the ABC network. While it does look at news in depth, the producers favor a more human interest approach to the stories on the show. Current anchors in 2021 are David Muir and Amy Robach.

20/20 is also the medical designation attached to normal eyesight. An abbreviation, its expanded meaning is that an object 20 feet away, in fact appears to be 20 feet away to the patient.