From Conservapedia
(Redirected from Economic)
Jump to: navigation, search 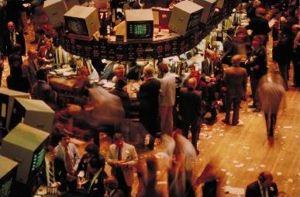 Economics is the study of opportunity. More specifically, economics is the study of the opportunities made possible by the production, distribution, and consumption of goods and services. 'Because of its primary application to government policy, it is understandable why the subject was originally known as political economy, which was its name from the time of Adam Smith to the last quarter of the nineteenth century, when the change to "economics" took place.' [1] Economics attempts "to explain the way in which individuals interact with one another, to use their limited resources to satisfy their alternative ends." [2] It is a social science, concerned with how people produce, distribute, and consume. Governments can be classified by their economic policy. The U.S. Constitution provides basic protections for private property that are the foundation of American economic policy.

C. Lowell Harriss, a professor of economics at Columbia, describes economics as the study of the allocation of scarce goods and services. In market economies, this is determined by supply and demand.[3]

Why it should be studied

Economics deals with a large number of issues:

Economics is a very broad discipline, and involves the following other disciplines as well:

For a more detailed treatment, see History of economics.


Economic thought originated with the rise of the state. Classical economics, or the long-run model, was articulated by Adam Smith and has since fomented the rise of free-market capitalism in economic thought.[4]

"Economics is haunted by more fallacies than any other study known to man. This is no accident. The inherent difficulties of the subject would be great enough in any case, but they are multiplied a thousandfold by a factor that is insignificant in, say, physics, mathematics or medicine – the special pleading of selfish interests." - Henry Hazlitt, Economics In One Lesson[5]