Essay: Atheists and agnostics, I am going shopping today wearing two masks and a face shield. Put that in your conservative, fundamentalist, Christianity is a death cult pipe and smoke it! 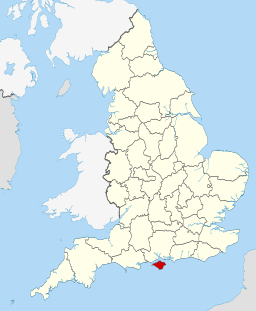 A quick note to humble all British agnostics, atheists and evolutionists who partly adhere to evolutionism due to excess nationalism and so-called "British values" which ignore Britain's more Christian past...

In 2013, the breakdown service Britannia Rescue reported that potholes now “take up a total area of 295 square miles (764 square km) in Britain – more than twice the size of the Isle of Wight”.[1] See: United Kingdom's road repair crisis

Question: If Britain cannot even master something as fundamental as road repair, unlike their Swiss counterparts (Switzerland has one of the highest rates of creationism in Europe), then why pray tell should we trust their prowess in biological science?

RationalWiki is a politically left of center wiki whose editors are mainly atheists/agnostics.

Below is a message to a British, agnostic editor of RationalWiki who goes by the moniker Mercian.

Mercian, I am going shopping today wearing two masks and a face shield (see: SARS-CoV-2 Infection Among Community Health Workers in India Before and After Use of Face Shields - JAMA). Put that in your conservative, fundamentalist Christianity is a death cult pipe and smoke it!

By the way, have you read these articles at Conservapedia: Atheism and medicine, atheist hospitals, and Christianity and hospitals?

Next, yesterday, I received the superior Pfizer-BioNTech Covid-19 vaccine rather than the inferior AstraZeneca Covid-19 vaccine.[2] This is the same vaccine that Israel has employed with great success (Jews, who are God's chosen people and have a great many creationists in their population, are the winners of many Nobel prizes). So it's not surprising they have done far better than many countries as far as the coronavirus pandemic - unlike godless Britain that produced Richard Dawkins and Charles Darwin.[3]

Pfizer is an American-based company. America has the highest rate of biblical creationism in the developed world. BioNTech is a German company and Germany is the fountainhead of the Protestant Reformation and well-known for its Germanic efficiency and technical/engineering/scientific prowess.

Britain is the fountainhead of Darwinism. If Astrozeneca wasn't a British-Swiss company, no doubt their vaccine wouldn't have worked at all. After all, Switzerland has one of the highest rates of creationism in its population compared to other European countries and much to the dismay of British evolutionists, its roads are far superior! See: The rich Swiss and Americans are a slap in the face to Darwinists. Yodel-lay-he-who! God bless America! and United Kingdom's road repair crisis

Covid-19: Double masking combined with a face shield vs. merely using one mask

Below is data/studies regarding the effectiveness of masks, double masking and wearing a mask as well as a face shield.

I realize that science is based on replicating studies, but I will share a Stanford University anti-masking study even though I disagree with its findings:

Healthline.com: "Researchers found that when a cough was simulated, the double mask blocked 85.4 percent of the aerosol particles. This is compared to 51.4 percent and 56.1 percent for the cloth and surgical mask, respectively."[7]

Double masking and wearing a face shield is the way to go. Please see: SARS-CoV-2 Infection Among Community Health Workers in India Before and After Use of Face Shields

As far as shopping, I have been double masking and wearing a face shield for some time now.

And now for the powerful knockout blows!

It was godless, Chinese, atheist, communists who caused the Covid-19 pandemic - not the more godly Taiwanese Chinese! See: Atheism and the Wuhan coronavirus epidemic and Atheism and communism and China and atheism

Floridians, who are led by the Republican Ron DeSantis, have a lower death rate per 100,000 people due to Covid-19 than the more godless, and liberal New Yorkers.[8][9] Oh godless leftists, feel the sting!

See: Atheists and their fear of small collections of genetic code that are surrounded by a protein coat

More salt in the gaping wound: Charles Darwin often had overwhelming thoughts the world was designed

A quick and gentle reminder

Once again, I will remind all atheists/agnostics that it is not due to my debating prowess that I so easily and effortlessly win all my debates with atheists/agnostics, it is due to the utter weakness of the atheist worldview.

On behalf of all Christendom, I hereby declare victory of over all atheists/agnostics - especially the smug British ones who think they sound smarter with their British accents!

To: Mercian, an addendum