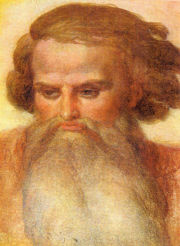 Consider the following matters below.

A former atheistic, communist power, namely Russia, which was brought to its knees due to its atheistic/humanistic thinking, threw a wrench in the 2016 presidential election campaign of the Democratic Party which is creeping towards godless socialism/communism. This was a big help in getting Donald Trump elected given the close election results in some key battleground states.

A large part of the reason why Donald Trump was elected was because Obamunism was not working. In addition, Trump said he would be anti-Muslim immigration and that he was going to "defend Christianity" and be very pro-Israel (despite not being very religious, but he still has some respect for Christianity). Christianity was founded by a descendant of Abraham - namely Jesus Christ. Trump was strongly supported by evangelical Christians who are very pro-Israel. Israel is a Jewish nation. The previous administration, the Obama Administration (which Hillary Clinton served under), was very sympathetic to Muslims/Islam due to some of Barack Hussein Obama's heritage and early life. George W. Bush (an evangelical Christian) was somewhat sympathetic to Islam, a so-called "religion of peace" partly because of multiculturism. Multiculturism was largely a result of leftist postmodernism which was atheistic in origin. Partly because of Bush's Middle East policies and his immigration policy, there are a lot of additional Muslims in the United States which caused increased backlash against Muslims.

Trump is pro-Israel and a political ally of evangelical Christians and conservative Catholics who are pro-life.

Atheism, communism, Islam and postmodernism are the works of the devil and rebellious men who rebelled against God.

After man's history plays out, those that rebelled against God will wind up in Hell, while the righteous will be in heaven with God.