Essay: Mr. Leftist, the rich aren't going to bail you out. Get off your butt! And marry before you have sex! Godspeed. The Netherlands is one of the richest countries in the world and it has a generous social safety net.

But 7 million people out of their 17 million person population live on low incomes.

And why are those 7 million people in the Netherlands living on low incomes?

So approximately 43% of the Netherland's population live on low incomes. Mr. Leftist, one thing for certain, the Nordic countries such as the Netherlands are not a land of milk and honey for people unwilling to study and work hard.

If you are counting on the world's social welfare systems to get you out of the low-income situation, it is not a smart bet - especially since the developed world is now facing aging populations.

The bottom line Mr. Leftist: The rich aren't going to bail you out. Get off your butt! And marry before you have sex!

I trust this clarifies matters for you. Go forth and work. Godspeed.

The most rapid period of economic growth in world history was caused by hard work and Bible-believing Protestantism. Imagine that!

The atheist and Harvard University historian Niall Ferguson declared: "Through a mixture of hard work and thrift the Protestant societies of the North and West Atlantic achieved the most rapid economic growth in history."[4]

The Protestant work ethic is alive and well in China

Essay: The Invisible Hand of Marriage

"France was once the heartland of revolution. Today, its left is battered, and its far right is rising." - The Rise and Fall of French Socialism by Jonah Birch, Jacobin, February 13, 2021[6]

Welfare, the USA and the slave mentality

The article Today’s Slave Mentality – An interesting theory of how people behave in this country indicates about the U.S. welfare system:

The societal benefits of Christianity 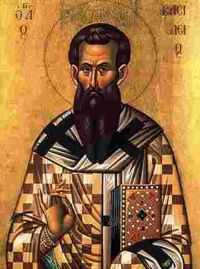 St. Basil of Caesarea founded the first hospital. Christian hospitals subsequently spread quickly throughout both the East and the West.[9] See: Christianity and hospitals

There are numerous resources pointing out the benefits of Christianity/religion as far as social stability:

Do I expect the Democrats to deliver on great healthcare for Americans?

Americans spend too much on defense and they have been poor negotiators with NATO who do give their people universal healthcare as their defense budgets are lower (see: Trump’s NATO Spending Demand Would Break Denmark’s Welfare State). On top of this, America has an overweight and aging population and a huge national debt of $27 trillion dollars.

And then there are the lobbyists - especially corporate lobbyists. When Obama ran won in 2008, bankers were among his biggest contributors (see: Bankers and academics at top of Obama's donor list in 2008, The Guardian). Are bankers going to be very generous as far as wanting to provide generous healthcare to Americans? No. And that is why ObamaCare was a bad deal for many people - especially with its mandate (which the Republicans got revoked).

Aging populations demand more healthcare[10] and when there is increased demand, all other things being equal, prices go up. It's simple economics. And judging by the projected global shortage of nurses, it does not appear as if supply will keep with demand in the healthcare sector.

I don't expect Democrats to ever deliver on great healthcare for Americans. And Europe's healthcare system will get more strained as their population base ages as older people need more healthcare (see: European Health Systems: unsustainable without reforms). And aging populations aren't as productive economically because people retire early by historical standards in terms of how long they have left to live.

If RationalWiki user GrammarCommie is an economics/society expert, then why is he among the lower-middle class in his society? The socialist Karl Marx was broke too!

On July 30, 2021, GrammarCommie wrote: "I asked for data, not random factoids. Just as we can't infer that every white person lives at the lower middle class level because I do...".[11]

GrammarCommie often pontificates about matters relating to economics/society at RationalWiki.

Question: If RationalWiki user GrammarCommie is an economics/society expert, then why is he among the lower-middle class in his society? The socialist Karl Marx was broke too![12]