Essay: Obsessive "atheists" should have listened to Moses

Now the reason I call them "so called atheists" is because they actually do have a god and unfortunately for them their god is Conservapedia!

Now all of this could have easily avoided if these obsessive "atheists" had merely listened to Moses.

God declared to the prophet Moses on Mount Sinai:

“You shall have no other gods before Me. You shall not make for yourself an idol, or any likeness of what is in heaven above or on the earth beneath or in the water under the earth. You shall not worship them or serve them; for I, the LORD your God, am a jealous God, visiting the iniquity of the fathers on the children, on the third and the fourth generations of those who hate Me, but showing lovingkindness to thousands, to those who love Me and keep My commandments." (Exodus 20:3-6 NASB)

"You may be an ambassador to England or France You may like to gamble, you might like to dance You may be the heavyweight champion of the world You may be a socialite with a long string of pearls.

"Nobody talks so constantly about God as those who insist there is no God." - Heywood Broun

"I've slowly started to understand why American atheists look so frustrated and angry all the time from a European point of view...". - YouTuber Elod Marton commenting on Conservapedia in December of 2018 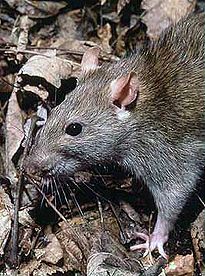 Sadly, while rats are often smart enough to stop pushing a lever after it is repeatedly pushed with no result or with electric shocks, Severe Conservapedia obsessive compulsive disorder (SCOCD) suffers never seem to learn from their mistakes despite the inevitable quick rebuffs and occasional taunts for their foolish requests to edit the Conservapedia atheism and evolution articles. If you think taking a bone away from a dog is hard, try getting a liberal with Conservapedia obsessive compulsive disorder to stop thinking about Conservapedia!

Severe cases of Conservapedia obsessive compulsive disorder are often due to anger problems. Many atheists feel very angry when they find out atheism is a worldview for clowns.

Please also see: Atheism is a clown and it did not know it Charles Darwin suffered from psychoneurosis and it appears as if the events surrounding his advocacy of his evolutionary notions worsened his condition (Please see: Charles Darwin's illness).

In addition, late in Charles Darwin's life, Darwin told the Duke of Argyll that he frequently had overwhelming thoughts that the natural world was the result of design.[1] In a letter to Asa Gray, Darwin confided: "...I am quite conscious that my speculations run quite beyond the bounds of true science."[2]

Although Conservapedia did not exist at the time of Charles Darwin, it appears Darwin had some of the self-induced maladies that plague individuals with Conservapedia obsessive compulsive disorder today. The word machismo and the phrase Olé! Olé! Olé! are often trigger words that can greatly exacerbate the symptoms of Conservapedia obsessive compulsive disorder. Evolutionists and atheists generally do not like to be reminded that leading spokesmen of evolution and atheism have dodged debates and lack machismo.

In addition, the fact that creation scientists generally won the creation vs. evolution debates when evolutionists did more widely debate is quite disconcerting to many evolutionists. For more information please see the essay: Does Richard Dawkins have machismo? and Conservapedia's article Atheism and Debate. Liberals with Conservapedia obsessive compulsive disorder often experience a marked increase in the number symptoms they exhibit and the intensity of the symptoms they display when the evolutionary racism of Charles Darwin and Adolf Hitler is pointed out.[3][4]

The evolutionary racist Adolf Hitler wrote in Mein Kampf: "If nature does not wish that weaker individuals should mate with the stronger, she wishes even less that a superior race should intermingle with an inferior one; because in such cases all her efforts, throughout hundreds of thousands of years, to establish an evolutionary higher stage of being, may thus be rendered futile."[5]

Is your blood pressure greatly elevated? Are you experiencing heart palpitations? If so, you may have Conservapedia obsessive compulsive disorder.
‎

Individuals suffering from Conservapedia obsessive compulsive disorder often have strong feelings of anger, hatred, frustration, anxiety, fear and dread provoked by the thought that someone, somewhere, is reading a Conservapedia web page citing facts against atheism, evolution, homosexuality, and liberalism.

These feelings can also occur when the Conservapedia web server is down and individuals afflicted with COCD cannot sit in front of their computer and rail at Conservapedia web pages that are particularly disheartening to them. Want to know what a liberal with Conservapedia compulsive disorder having his computer monitor snatched away from him sounds like? Please go HERE. Do you often worry and fret because you fear people are reading at Conservapedia what the medical journals declare about homosexuality and parasites and other diseases associated with homosexuality? You may have Conservapedia obsessive compulsive disorder.

Kim Il Sung was a communist dictator and an obese atheist who died of a heart attack.[6] Are you gnashing your teeth right now? Are you pounding on your computer monitor? You may have Conservapedia obsessive compulsive disorder.

Are you mad that quite a few prominent atheists have been too prominent in unsightly ways? You may have Conservapedia obsessive disorder.

Eric Kaufmann, a professor at Birkbeck College, University of London, using a a wealth of demographic studies, argues that there will be a significant decline of global atheism in the 21st century which will impact the Western World.[9][10][11][12] In addition, Kaufmann argues that religious conservatism has a long term trend of rising and that their influence in the world will significantly increase.[13] Kaufmann is author of the book Shall the Religious Inherit the Earth?.[14][15] In the Western World due to immigration and the higher birth rates of religious people, Kaufman writes: "Committed religious populations are growing in the West, and will reverse the march of secularism before 2050."[16]

Give me my computer monitor back!

Want to know what a liberal with Conservapedia obsessive compulsive disorder having his computer monitor snatched away from him sounds like? Please go HERE.

Resources related to becoming a Christian