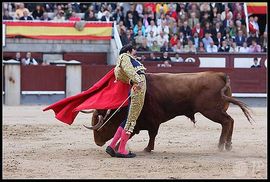 For additional information, please see: Does Richard Dawkins have machismo?

Before reading this article, please read the following articles as they give important background information: Atheism and Latino Americans and Godless progressivism will not be dominant in the USA's future and Western atheism and race

A WorldNetDaily article says about the illegal immigrants pouring across America's southern border, "Most of the families and UACs are coming from Guatemala and other parts of Central America."[2]

According to Wikipedia (a wiki founded by an atheist and agnostic), "About 40% of Guatemalans are Protestant, chiefly independent Evangelicals and Pentecostals." This is partly because evangelical missionaries flooded aid to Guatemala after an earthquake. We also know that [pentecostalism has grown quickly among the poor in Central America. And it makes sense that the poor are probably more likely to illegally immigrate.

Of course, we don't know the irreligious/religious mix of the illegal immigrants from Guatemala, but Shockofgod's prediction that American atheism will be cut by at least 50%[4] is looking like a better and better prediction as time goes by - especially after the decline of the atheist movement.

Many Amish have large families and in 2012 the Amish were named the fastest growing faith group in the United States. The Amish population is projected to grow to 1 million people by 2050.[1]

Señor Gringo Militant Atheist, atheism is merely a squeak in American society, but soon it will be merely half a squeak! Due to the higher fertility rate of followers of conservative, Abrahamic religions and the sub-replacement level of fertility of the irreligious (see: Atheism and fertility rates), in the 21st century, the USA may largely become a land of evangelicals, religious Catholics and Amish! American atheism is so doomed.

Here is a key statistic concerning the USA: "The birth rate for evangelical adults in 2014 was 2.3 children, the same rate as Catholics. Only two groups produce more children: those in the historically black tradition (2.5%) and Mormons (3.4%). The national average was 2.1 percent."[5]

The Birkbeck College, University of London professor Eric Kaufmann (who is an agnostic) wrote in his 2010 book Shall the Righteous Inherit the Earth? concerning America:

High evangelical fertility rates more than compensated for losses to liberal Protestant sects during the twentieth century. In recent decades, white secularism has surged, but Latino and Asian religious immigration has taken up the slack, keeping secularism at bay. Across denominations, the fertility advantage of religious fundamentalists of all colours is significant and growing. After 2020, their demographic weight will begin to tip the balance in the culture wars towards the conservative side, ramping up pressure on hot-button issues such as abortion. By the end of the century, three quarters of America may be pro-life. Their activism will leap over the borders of the 'Redeemer Nation' to evangelize the world. Already, the rise of the World Congress of Families has launched a global religious right, its arms stretching across the bloody lines of the War on Terror to embrace the entire Abrahamic family.[6]

By the way Mr. Militant Atheist, every time you look at salsa, remember that American atheism is utterly doomed! Olé!Olé!Olé!

Does Richard Dawkins have machismo?