From Conservapedia
(Redirected from J.S. Bach)
Jump to: navigation, search 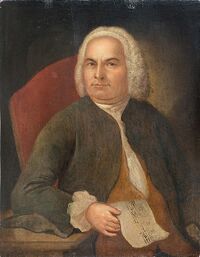 Painting of Johann Sebastian Bach that was painted before 1798.