Concerning politics, the atheist PZ Myers has proposed: criminalizing gun manufacture; abolishing the U.S. Senate, or at least reduce it to a purely ceremonial function; and outlawing the Republican Party (see: Atheism and politics).[1]

Concerning his first three political proposals given above, Myers states:

Reaction to Donald Trump being elected in 2016

See also: Donald Trump and American atheists and Secular leftists and psychogenic illness and Decline of the secular left

PZ Myers is not only "pro-choice", but he said he is "even willing to say" that he is pro-abortion.[4] 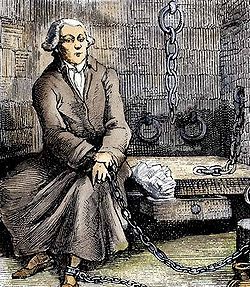 The perverse and cruel atheist Marquis de Sade was an early advocate of abortion in the Western World.[5]

In 2011, Myers wrote that when he sees dead baby pictures: "I look at them unflinchingly and see meat."[6]

PZ Myers's views are not surprising given the history of atheism in relation to the abortion issue. The Journal of Medical Ethics article declared concerning the atheist and sadist Marquis de Sade:

Population control is based on pseudoscience and ill founded economic assumptions.[4]