Religiosity and the growing use of vouchers and homeschooling 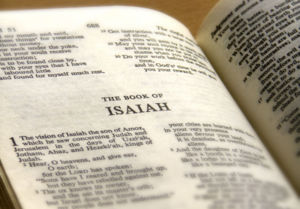 The Bible teaches, "Train up a child in the way he should go, Even when he is old he will not depart from it." (Proverbs 22:6 NASB).

Parental guidance and religious/non-religious instruction have a very large effect on a person adopting and retaining a particular religion/worldview.[1][2][3]

A 1995-6 study commissioned by the Southern Baptist Theological Seminary found that 71% of Christians in the United States converted before the age of 14.[2][4]

The religious/political/demography scholar Eric Kaufmann pointed out that the majority of people adopt their religious faith due to parental guidance and that the fertility rate of religious conservatives combined with the sub-replacement of fertility of the atheists/agnostics/nonreligious will cause the desecularization of the Western World in the 21st century (see also: Decline of global atheism and Desecularization of secular Europe).[5][6]

As far as Judeo-Christianity and religious instruction, the Bible teaches, "Train up a child in the way he should go, Even when he is old he will not depart from it." (Proverbs 22:6 NASB).

In addition, American religious parents have a higher retention rate than atheist parents in terms of their child retaining their worldview as an adult (see: Atheism and its retention rate in individuals).[7] In 2012, a Georgetown University study was published indicating that only about 30 percent of those who grow up in an atheist household remain atheists as adults.[8] See also: Atheism and poor relationships with parents

Jewish columnist Dennis Prager has stated that a causal factor of atheism is the "secular indoctrination of a generation."[9] Prager stated that "From elementary school through graduate school, only one way of looking at the world – the secular – is presented. The typical individual in the Western world receives as secular an indoctrination as the typical European received a religious one in the Middle Ages."[10] In 2013, an study found that academia was less likely to hire evangelical Christians due to discriminatory attitudes.[11] For more information please see: Atheist indoctrination

Economics, backlash and the growing popularity of vouchers and homeschooling

The use of public school indoctrination is growing less effective for purposes of atheist indoctrination due to budgetary problems facing many governments in the Western World[12](per pupil it cost more to educate students via public schools than private schools),[13] the inferiority of many public school systems and the growing popularity of vouchers for education (which can be used for private religious school education) and the growing practice of homeschooling by parents.[14][15][16]

In addition, many public universities college are failing to educate students properly and many college students are jobless as a result.[17][18] An American study found that forty-five percent of students achieved no significant improvement in their critical thinking, reasoning or writing skills during the first two years of college. After four years, 36 percent displayed no significant increases in these so-called "higher order" thinking skills.[19] Students, particularly those who made poor curriculum choices, are increasingly angry that college does not adequately prepare them for the marketplace and leaves them with a pile of debt.[20] See: Academia and intellectual development

Furthermore, there appears to be a higher education bubble that will burst.[21] The Wall Street Journal reported in 2013 that the percentage of Americans going to college has been decreasing for 3 years in the USA.[22]