From Conservapedia
(Redirected from White privilege)
Jump to: navigation, search 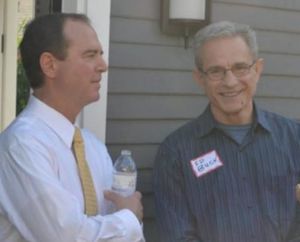 "White Privilege" is the alleged body of special favors, in law and custom, that white people have by virtue of being white in America and other societies. White privilege is occasionally blamed as the cause of the alleged "climate crisis." The concept is based upon Maoist rectification.

Liberal activists have taken increasingly to alleging "white privilege" to advocate for a package of social policies and programs.

The allegation of "white privilege," becomes richly ironic in consideration of, among other things:

White privilege has also been described as white progressives being allowed by Democrat mayors and governors to riot and disrupt peaceful demonstrations over the killing of a black man in the midst of a global pandemic.[2]

White privilege is closely associated with liberal privilege, for example, the ability of white male elected officials such as Bill Clinton, Andrew Cuomo, and Joe Biden to engage in the most egregious forms of sexual misconduct with the support and approval of powerful Feminist groups.

Critical race theory contends that America is permanently racist to its core, and that consequently the nation’s legal structures are, by definition, racist and invalid … members of “oppressed” racial groups are entitled—in fact obligated—to determine for themselves which laws and traditions have merit and are worth observing. … Bell’s theory is in turn an innovation of Critical Theory, which was developed by Marxist thinkers of the Frankfurt School in Frankfurt, Germany, in 1923. The Institute’s left-wing scholars fled Hitler’s Germany in the 1930s, relocating to Columbia University in New York. Critical Theory, which discredits all aspects of Western society, we know today as political correctness. One of its most famous purveyors was the Frankfurt School’s Herbert Marcuse, longtime associate of the Southern Poverty Law Center’s Julian Bond. Marcuse invented the concept of “partisan tolerance,” that is, tolerance for leftist ideas and intolerance of all others. The Southern Poverty Law Center applied Marcuse’s strategy in developing its “Hate Watch” list, and Rules for Radicals author Saul Alinsky used it in his own life’s work.

The “racist” narrative was furthered with the concept of “White Privilege,” the notion that whites—the dominant demographic group in capitalist America—are irretrievably racist, sexist, homophobic, xenophobic, imperialistic oppressors who exploit everyone. Whites are the only true evil in the world and should be exterminated. “Dr. Kamau Kambon, who taught Africana Studies 241 in the Spring 2005 semester at North Carolina State University, also said this needs to be done ‘because white people want to kill us.’”[5]

The “White Skin Privilege” idea was created in 1967 by Noel Ignatiev, an acolyte of Derrick Bell and professor at Harvard’s W.E.B. Du Bois Institute. Ignatiev was a member of the Communist Party USA’s most radical wing, the Provisional Organizing Committee to Reconstitute the Marxist-Leninist Communist Party from 1958–66. The Provisional Organizing Committee was the intellectual forerunner to the Freedom Road Socialist Organization, a vanguard group. Writing under the alias Noel Ignatin, Ignatiev co-authored a Students for a Democratic Society (SDS) pamphlet with fellow radical Ted Allen titled, White Blindspot. In 1992 he co-founded Race Traitor: Journal of the New Abolitionism. Its first issue coined the slogan “Treason to whiteness is loyalty to humanity.” Its stated objective was to “abolish the white race.” More specifically, the New Abolitionist newsletter declared: {{quotebox|The way to abolish the white race is to challenge, disrupt and eventually overturn the institutions and behavior patterns that reproduce the privileges of whiteness, including the schools, job and housing markets, and the criminal justice system. The abolitionists do not limit themselves to socially acceptable means of protest, but reject in advance no means of attaining their goal.[6]

Rectification and self examination

The concept of white privilege has been compared to the Maoist rectification movement, which is described as "the largest, darkest, and most ferocious power game ever played out in the human world. In the name of 'cleansing petty bourgeoisie toxins,' the Party washed away morality, independence of thought, freedom of action, tolerance, and dignity. "

White privilege is a "petty bourgeoisie toxin" in socialist parlance. The Nine Commentaries on the Communist Party describes the process of rectification and its results:

"in evaluating their own consciousness, people were required to scrutinize whether they had been concerned about their self-interest, whether they had used work for the Party to reach personal goals, whether they had wavered in trust in the revolutionary future, whether they had feared death during battles, and whether they had missed spouses and family members after joining the Party or the army. There were no objective standards, so nearly everyone was found to have problems.... Humiliation became a fact of life—it was either humiliate other comrades or humiliate oneself. People were pushed to the brink of insanity, having been forced to abandon their dignity, sense of honor or shame, and love for one another to save their own lives and their own jobs. They ceased to express their own opinions and recited Party leaders’ articles instead.[7]

This Maoist rectification was openly used against public officials and private citizens on the street during the 2020 Leftist insurrection.[8]

Racial identity political groups can abuse white skeptics of racial identity grievances and other whites they suspect to be potentially effective opponents of themselves of whom they want to make an example, by marking their words and actions as racist (or racist to a more hostile degree) by means of stripping them of context, tone and intent when they are evaluated.

The example discourages others from expressing negative opinions about the words or actions of the racial identity political group.

If instances of this kind of suppression become notable, and others appear to intervene, leaders of the group can maintain that even the appearance of racism by an authority increases or sustains oppression of the racial group they represent, so such suppression is justified.

This, however, opened them up to the expression of opinion of whites poor enough or not politically connected enough that they could not possibly oppress the political identity group, for whom it would make no sense to suppress, because in the first place, they would be known to be susceptible to the same type of grievances as the group's, even those perpetrated by the political identity group itself.

And in the second place, in applying knowledge of human nature to politics in general, suppressing responses to wrongful treatment, such as the same kind as that found in those types of grievances, doesn't stop the hostile response behind them, but rather keeps it bottled up, which in time comes out harmfully either in a burst or in indirect ways.

The idea of white privilege insulates racial identity political groups from that expression of opinion, because it maintains the fiction that any white, despite laws of equal opportunity, carries with them the power to oppress, despite any evidence to the contrary, such as tolerance of affirmative action laws (even those extended to people who were never enslaved) or the furtherance of the unproven virtues of diversity and unbridled immigration and widespread hostility to their coming to a close, and a fiction that also maintains a racial favoritism among whites, while prestigious polling agencies show them to be the least selective among racial lines of any race in the world.

In an example of the opposite being true in New Mexico, four of five adult members of a black Muslim group were released days after their arrest for murdering a three-year-old, starving their children, and training children to perform school shootings. Meanwhile, two white adults of a Christian cult have remained in jail for two years on child abuse charges without trial in the same state.