Difference between revisions of "Al Franken" 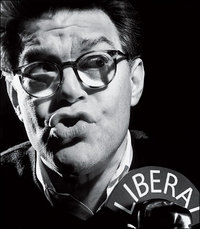 Al Franken is a liberal activist[1] and former radio host for the Air America network. Franken worked as a comedian writer and performer on the television program Saturday Night Live and the star and screenwriter of the motion picture Stuart Saves His Family.

His radio show was originally going to be called "The Liberal Show." Upon debut, it was known as "The O'Franken Factor," a name Franken chose to parody Bill O'Reilly and taunt him into a lawsuit, getting his show free publicity[6] When the lawsuit failed to materialize, the show was renamed "The Al Franken Show."

He announced that he would run for a Senate seat in Minnesota in 2008 as a Democrat. Franken's rudeness, vulgarity, and his tendency to make outrageously offensive comments have led to questions about whether or not he will alienate himself from the important undecided swing voters[7] [8], even in a state such as Minnesota known for electing a wrestling star as governor.[9] Franken has also been called under fire for a boorish interview he did in Playboy magazine that is considered by many to be unbecoming for a senatorial candidate[10] and is hurting him in his Congressional run.[11]

Franken's problems with the truth

On Franken's website there is the admonition "Anybody who deliberately propagandizes with lies should be held up to scorn and ridicule"[12]. Throughout his books he has held himself to "impossibly high standards" to tell the truth about those he has written about. Author Alan Skorski researched two of Franken's books (Rush Limbaugh is a Big Fat Idiot and Lies and and the Lying Liars who Tell Them) and found an extensive pattern of lies, mistatements, factual inaccuracies, among them:

During his Senate campaign in 2008, it was discovered that Al Franken had not paid taxes in 17 states he earned money over the last four years. Franken blamed it on his accountant saying "This all really comes from one mistake, which is him not understanding that I was supposed to pay state taxes in these other states." Franken says he will pay those states now, plus interest and penalties for a total of $70,000. [15]

In 2000, Al Franken's comments appeared in Playboy Magazine article titled "Porn-O-Rama!" He was quoted as saying that the internet is a great tool for learning and that his 12 year old son was able to do a report on bestiality for a sixth-grade assignment.