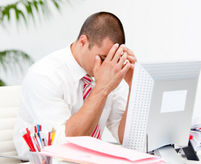 The atheist and Harvard University historian Niall Ferguson declared: "Through a mixture of hard work and thrift the Protestant societies of the North and West Atlantic achieved the most rapid economic growth in history."[36]

The atheist and Harvard University historian Niall Ferguson declared: "Through a mixture of hard work and thrift the Protestant societies of the North and West Atlantic achieved the most rapid economic growth in history."[37]

According to MacCulloch, "Christianity, the world's largest religion, is rapidly expanding – by all indications, its future is very bright."[47]

According to MacCulloch, "Christianity, the world's largest religion, is rapidly expanding – by all indications, its future is very bright."[48]

In 2012, the Center for the Study of Global Christianity at Gordon-Conwell Theological Seminary (GCTS) reported that every day there are 83,000 more people professing to be Christians per day, 800 less atheists per day, 1,100 less non-religious (agnostic) people per day.[49][50] The American sociologist and author Peter L. Berger introduced the concept of desecularization in 1999.[53][54] According to Berger, "One can say with some confidence that modern Pentecostalism must be the fastest growing religion in human history."[55]

In 2011, a Pew Forum study of worldwide Christianity found that there were about 279 million classical Pentecostals, making 4 percent of the total world population and 12.8 percent of global Christendom Pentecostal.[56]

Joseph Stalin, the Premier of the Soviet Union from 6 May 1941 to 5 March 1953, patronised the League of Militant Atheists, whose chief aim, under the leadership of Yemelyan Yaroslavsky, was to propagate militant atheism and eradicate religion.[58][59]

According to the University of Cambridge, historically, the "most notable spread of atheism was achieved through the success of the 1917 Russian Revolution, which brought the Marxist-Leninists to power."[60]

Karl Marx said "Religion is the opium of the people".[61] Marx also stated: "Communism begins from the outset (Owen) with atheism; but atheism is at first far from being communism; indeed, that atheism is still mostly an abstraction."[62]

Vladimir Lenin similarly wrote regarding atheism and communism: "A Marxist must be a materialist, i. e., an enemy of religion, but a dialectical materialist, i. e., one who treats the struggle against religion not in an abstract way, not on the basis of remote, purely theoretical, never varying preaching, but in a concrete way, on the basis of the class struggle which is going on in practice and is educating the masses more and better than anything else could."[63]

In 1955, Chinese Communist leader Zhou Enlai declared, "We Communists are atheists".[65] In 2014, the Communist Party of China reaffirmed that members of their party must be atheists.[66] See also: China and atheism

In September 2018, Pew Research indicated: "Due to the decline of the center-left across much of Western Europe and the comparative steadiness of the center-right, most Western European countries are led by center-right parties, as measured by the party of the prime minister or other head of government."[70] In June 2014, Forbes reported that it is undeniable that politically right wing parties are ascendant in Europe.[71]