Jewish boys become adults for religious purposes when they turn 13. They become a Bar Mitzvah, (בר מצוה) meaning son of the commandment, signifying they are henceforth responsible for following Jewish law. It is customary to mark the transition with a ceremony in which the boy is given an honor in the Synagogue service, which he is now entitled to perform. Most often this involve saying blessings over the Torah reading and chanting the weekly portion from the Prophets. A celebration follows, which can be quite elaborate.

In the twentieth century a parallel observance for girls, usually at age 12, has developed. It is known as Bat Mitzvah, daughter of the commandment. 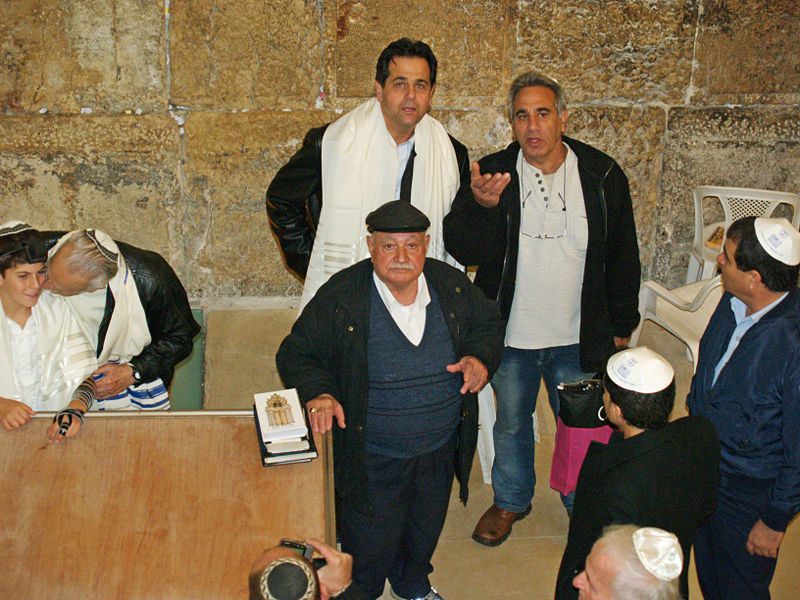 People at a Bar Mitzvah in the Western Wall tunnel.