From Conservapedia
This is the current revision of Blackface as edited by BernieandTrumpFan (Talk | contribs) at 01:14, 19 September 2020. This URL is a permanent link to this version of this page.
Revision as of 01:14, 19 September 2020 by BernieandTrumpFan (Talk | contribs)
(diff) ← Older revision | Latest revision (diff) | Newer revision → (diff)
Jump to: navigation, search 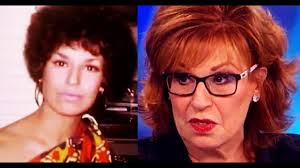 Blackface is the practice of darkening one's skin in order to resemble a person of colour. Though it is very scarcely reported on, non-white people can wear blackface in addition to Caucasians.[3][4][5] Blackface was worn in the past as a method of mocking and belittling black people, thus making it racist;[6] however, especially in the present day, many people have darkened their skin in order to imitate someone whom they admired, who happened to have dark skin.[7] Even the neoconservative feminist Megyn Kelly has defended darkening one's skin as part of a Halloween costume and/or in honour of a certain black person.[8] However, the mainstream media mistakes both of these practices as acts of racism.[9][10][11][12]

Democrat Governor of Virginia Ralph Northam was caught wearing blackface (in the racist manner) while posing next to someone adorned in Ku Klux Klan garb.[13] He was severely admonished, initially even by his fellow Democrats,[14] but he did not resign from his position as Governor, and calls for him to resign ended after about two weeks.

In addition, Liberal Prime Minister of Canada Justin Trudeau was discovered wearing brownface to imitate Arabs on three separate occasions. This, however, was not in a racist manner, and the future Prime Minister was simply dressing as Aladdin for costume parties. Still, Trudeau has attempted to Islamize Canada using disloyal Syrian refugees, and passed the decisively anti-Islamophobic Bill M-103. These incidents clearly exposed Trudeau's rank hypocrisy. [15]