An epidemic of the bubonic plague commonly called The Plague or the Black Death killed millions in Europe and many parts of Asia between 1347 and 1352. The plague was spread and transmitted by rats and other rodents, who carried infected fleas in their fur. 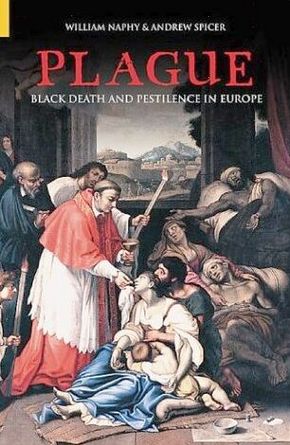 It spread rapidly along trade routes and especially the Silk Road. It originated amongst the Mongols in Asia, who allowed their sacks of food to be exposed to rats and fleas that carried the fatal disease. Traders brought it with them into the Middle East, North Africa, and Europe. In four short years, 40 to 45% of the European population was lost to the plague, especially the poor. The Mongols amplified the problem by using catapults to toss plague-ridden bodies over city walls, a practice seen as the precursor to biological warfare. The Black Death spurred monarchies and city-states across much of Western Europe to formulate new wage and price legislation. These legislative acts splintered in a multitude of directions that to date defy any obvious patterns of economic or political rationality. A comparison of labor laws in England, France, Provence, Aragon, Castile, the Low Countries, and the city-states of Italy shows that these laws did not flow logically from new post-plague demographics and economics - the realities of the supply and demand for labor. Instead, the new municipal and royal efforts to control labor and artisans' prices emerged from fears of the greed and supposed new powers of subaltern classes and are better understood in the contexts of anxiety that sprung forth from the Black Death's new horrors of mass mortality and destruction, resulting in social behavior such as the flagellant movement and the persecution of Jews, Catalans, and beggars.[2]

Artists often depicted the mass trauma using three popular cultural representations that surfaced in performance, poetry, and painting: the Triumph of Death, the Dance of the Dead, and Death and the Maiden.

The bubonic plague is still endemic to some parts of the world, such as Tanzania.[4] In May 2007, there was an outbreak of the bubonic plague among animals in Denver, Colorado.[5] However, due to modern sanitation in Western countries, it is unlikely to ever reach epidemic proportions again. [6]