Cancel culture is the banning of individuals from employment and social status based upon their race, ethnicity, or ideology. It originated in Nazi Germany in the 1930s to remove Jews from all aspects of public life. [1] Russian Foreign Ministry spokeswoman Maria Zakharova defines it as "violence against objective reality." It is a radical-left extremist idea. 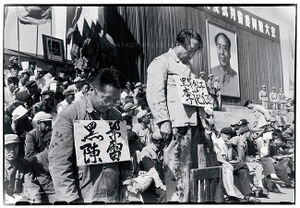