Difference between revisions of "Cultural Marxism" The central idea of Cultural Marxism is to soften up and prepare Western Civilization for economic Marxism after a gradual, relentless, sustained attack on every institution of Western culture, including schools, literature, art, film, the Judeo-Christian worldview tradition, the family,[2] sexual mores, national sovereignty, etc.[3] The attacks are usually framed in Marxist terms as a class struggle between oppressors and oppressed; the members of the latter class allegedly include women, minorities, homosexuals, and adherents of non-Western ideologies such as Islam. Cultural Marxism has been described as "the cultural branch of globalism."[4]

While Marx's Communist Manifesto focused on the alleged class struggle between bourgeois (owners of the means of production) and proletariat (workers), Marx did address culture, which he intimated would change after his economic vision was implemented. Patrick Buchanan argues that Cultural Marxism succeeded where Marx failed.[5]

Among cultural Marxists, the book Dialectic of Enlightenment is considered to be a central text.[6][7]

An effective way for cultural Marxists to influence the culture is to infiltrate schools and indoctrinate students, which the Democratic Socialists of America explicitly endorsed in 2018.[8] 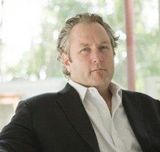 Andrew Breitbart gives a great if not brief crash course discussion about Cultural Marxism with Peter Robinson of the Hoover Institute for Uncommon Knowledge, and, in part, this is what he said:

Think about this: These guys left, THESE GUYS LEFT NAZI GERMANY and Mussolini's Italy to come to California in the 1940's and they lived by the beach, and they were depressed by the relentless cheery-ness - the productivity; and the capitalism that they witnessed around them. And they came up with, at the end of the day; We can call it Cultural Marxism, but at the end of the day, we experience it on a day to day basis, by that I mean a minute by minute, second by second basis. It’s political correctness and it’s multiculturalism.[9]

In the video, Breitbart discusses the Frankfurt School, Critical Theory, Herbert Marcuse, Antonio Gramsci, Max Horkheimer, Theodor Adorno, Bertolt Brecht, and others of the German School, many which emigrated to America. He further wrote about Cultural Marxism more in-depth in his book Righteous Indignation.

Cultural Marxism has become a focal topic for many conspiracy theorist websites which seek to cloak their anti-Semitic, anti-Jew messages behind a legitimate topic. It is true that many of the members of the Frankfurt School were Jewish, but their big problem was that they were Marxists.

Other sources seek to treat the entire topic as a "conspiracy" itself, by casting Cultural Marxism as a "myth" or a "hoax".[10] Wikipedia has entire section titled Cultural Marxism conspiracy theory within its page for the Frankfurt School.[11]