Dinosaurs were reptilian creatures which are now generally believed to be extinct. They were known for their large size, although some species weighed just a few ounces. The word dinosaur was coined in 1841 by Richard Owen[1], from the Greek words for "terrible lizard", and reflected the creatures' large size and fearsome appearance to the early paleontologists. 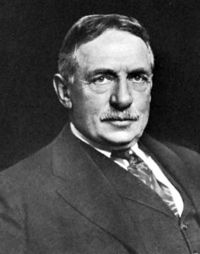 Young earth creationists believe, from the biblical account, that dinosaurs were created on day 6 of the creation week[5] approximately 6,000 years ago, along with other land animals, and therefore co-existed with humans. As such, they reject the Theory of Evolution and the beliefs of evolutionary scientists about the age of the earth.

They use archaeological, fossil, and documentary evidence to argue that dinosaurs co-existed with mankind until at least relatively recent times.

Creationists assert that evolutionists are frequently coming out with a "New Theory of Dinosaur Extinction" and that their theories are laden with false assumptions. [13] It is worth noting, however, that more and more of these theories are being harmonized with one another.[14] Creationists contend that the idea that birds are descendants of dinosaurs is not demonstrated by the evidence [28] [29], and that the dinosaur-bird connection is even disputed by some evolutionists.

Creationists also cite the evolutionist and atheist Ernst Mayr[31] who stated the following:

According to most scientists, close to 65 million years ago, at the end of the Cretaceous period, and the beginning of what is called the Tertiary period, an event occurred which has come to be known as the K-T Event. This event would have obliterated most life on Earth, plunging the world into something that would now be likened to global nuclear winter, through which few extant species could survive. Although these scientists dispute the nature of the K-T Event (selecting among any number of catastrophes that could have caused the significant global cooling that resulted), most find that the claimed K-T Event was caused by the collision of a massive asteroid with the Earth, the dust and debris from which would have shrouded the sky for thousands of years, cooling Earth considerably.[36] According to this view, the dinosaurs did not survive this cataclysm.[37] A layer of rock containing high concentrations of Iridium, a metal that is extremely rare on earth but common in asteroids, is said to be due to the vaporization and then fall of dust from the meteorite's impact, and its compression within the subsequent geological record.[38]The evidence of a large impact crater can be found in rocks of the Yucatán Peninsula of the supposed age of this layer.[39] [40] Creationists assert that the assumptions underpinning the methods used by modern geologists are incorrect, and even though the validity of a large impact is accepted, this does not consitute proof that the impact caused the extinction of the dinosaurs—although the abundance of dinosaur fossils in rocks found higher in the rock layers than the impact is drastically less than their abundance in rocks lower down.[Citation Needed]

The mass extinction of the dinosaurs removed a major food competitor, and predator, of smaller animals. As a result of a new "vacancy" in the food chain, following the K-T Event, vast speciation occurred, as the evolutionary pressure of a new cold age propelled animal species to adapt or die out. According to this view, mammals were some of the main beneficiaries of this explosion: their fur allowed them to adapt to the cold, and their small size allowed them to conserve energy relative to the huge dinosaurs of the previous age.[41]

As a number of feathered fossils (claimed to be dinosaurs) have been discovered, and evolutionary scientists claim the similarity in the bone structure between birds and dinosaurs show that modern birds are a descendants of dinosaurs. This is often cited as an example of macroevolution.[42] Cladists place modern birds within the clade dinosauria, meaning that they consider all bird species today as, technically, dinosaurs.[43]

Approximately 70% of the Earth is covered in salt water which would also explain the dominance of marine fossils. In addition, creation scientists assert there may have been a small pre-flood human population and that massive amounts of flood sediment are why we haven’t found human fossils in pre-biblical flood sediments.[46] Also, creation scientists point out that we don't find human bones buried with coelacanths yet humans and coelacanths coexist today.[44]