Elevatorgate is a term commonly used to describe a scandal involving Richard Dawkins' inappropriate comments made to fellow atheist Rebecca Watson. In 2011, Richard Dawkins was widely criticized within the atheist community and in various press outlets for his insensitive comments made to atheist Rebecca Watson about an incident which occurred in an elevator.[1] Specifically, Watson was propositioned after an atheist event in an elevator by a man who apparently was a fellow atheist during the early hours of the morning and she was upset about the incident. Watson has written about widespread misogny within the atheist community and she has received threats of rape.[2] Prior to the Elevatorgate incident, Wired magazine made the observation that atheists tend to be quarrelsome, socially challenged men.[3]

The New Statesman reporter and fellow skeptic David Allen Green said he believed Dawkins was a sexist.[4] In addition, Green wrote: "Can Richard Dawkins still credibly pose as a champion of rational thinking and an evidence-based approach? In my opinion, he certainly cannot, at least not in the way he did before."[5] 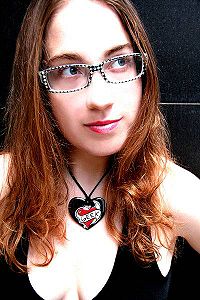 Previous incident of Richard Dawkins being unkind to a woman

In September of 2010, Richard Dawkins became nasty towards a woman in an audience he spoke before.[8]

Although major press outlets have covered Elevatorgate[9], most of the commentary surrounding the events of Elevatorgate has been in the atheist blogosphere.

As noted earlier, prior to the Elevatorgate incident, Wired magazine made the observation that atheists tend to be quarrelsome, socially challenged men.[11]