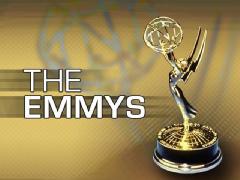 In 2021 the International Academy of Television Arts & Sciences was criticized for awarding an Emmy to accused mass murderer Andrew Cuomo.[2]