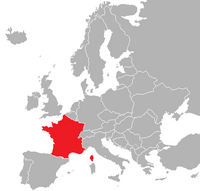 France is protective of its culture in some respects[edit]