In painting he was an ardent supporter of the Impressionists. When Claude Monet died, Georges Clemenceau was there to pay a final farewell to his long-time friend. [1] 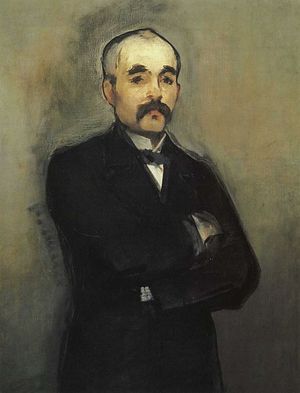