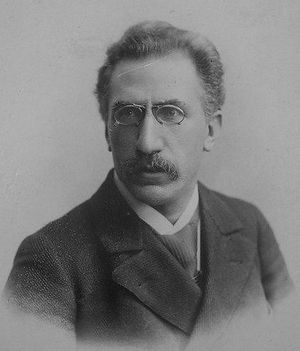 Hugo Rheinhold (b.March 26, 1853-d.October 2, 1900) was a German sculptor. Rheinhold was a Jew and a critic of Evolutionism. His well known sculpture is Affe mit Schädel, that shows an ape with a skull. Rheinhold lived in Koblenz, Germany and settled to the United States with 21 years. 1879 he returned to Germany and lived in Hamburg. After his wife died he lived in Berlin.