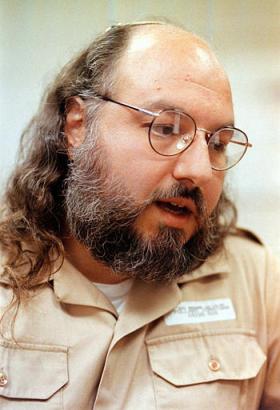 After spending seven years in solitary confinement and one year in a mental hospital, Pollard was transferred to FCI Butner, a medium-security Federal prison in North Carolina, where he was incarcerated before his eventual release.

Israeli Prime Ministers hde repeatedly asked for US Presidents to commute Pollard's sentence to the time already served. In 1997, Benjamin Netanyahu made Pollard's release one of the conditions for his signing of the Wye River Agreement with the Palestinians. Bill Clinton was on the verge of freeing Pollard, but backed down when CIA Director George Tenet threatened to resign. Netanyahu later visited Pollard in prison in 2002. Israel mulled exchanging Pollard for Yosef Amit, an Israeli military intelligence officer who was arrested for spying for the United States, but Amit himself torpedoed the proposal. According to a report by Israeli State Comptroller Micha Lindenstrauss, the Israeli government made many efforts to obtain his release, none of which were successful.

At the time of Pollard's arrest, there was an obscure law stipulating mandatory parole after 30 years for Federal inmates sentenced to life imprisonment who have displayed good behavior. Since Pollard remained on good behavior during his incarceration, he was released on November 20, 2015. He was not allowed to leave the United States for the next five years.[3] On November 15, 2020 the restriction on foreign travel ended.

Pollard's supporters consider his life sentence to be disproportionate when compared to the sentences of others who spied against the United States for allied nations. He is the only person in the history of the United States to receive a life sentence for spying for an American ally;[4] the maximum sentence today for such an offense is 10 years. The median sentence for this offense is 2 to 4 years[Citation Needed].