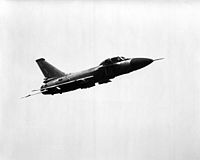 On Sept, 1, 1983, on a flight from Anchorage Airport, Alaska, to Seoul, Korea, Boeing 747 Korean Airlines Flight 007, carrying 269 passengers and crew, U.S. Cong. Larry McDonald among them, was shot down by the Soviets in international waters just west of Sakhalin Island. It was thought by media as well as by researchers that KAL 007 exploded upon missile detonation, or at best, having been severely damaged, immediately lost control plunging to its destruction in the Tatar straits. It was thought that the possibility of survivors was out of the question in the light of the supposed total destruction of the jumbo jet. When, in 1992, the Russian Federation handed over to the United Nations International Civil Aviation Organization the tapes from the Cockpit Voice Recorder and the Flight Data Recorder, quite a different picture began to emerge.

The following time line is composed of the words spoken within the cockpit of KAL 007 by Capt Chun and First Officer Son (recorded by the Cockpit Voice Recorder) and the words spoken on the ground, primarily by General Anatoli Kornukov, Commander of Sokol Air Base on Sakhalin, directing the shootdown of KAL 007, and his subordinants.* The retrospective thoughts of the interceptor pilot, Maj. Gennadie Osipovich, have been interjected at the appropriate places.

Note* - On Dec. 10, Senator Jesse Helms of the Committee on Foreign Relations wrote to President of the Russian Federation Boris Yeltsin requesting, among other things related to KAL 007, these transcripts of the Russian military communications of the shootdown. For Sen Helms letter to Boris Yeltsin, see [1].

KAL 007: Its Deviated Flight Until Attack