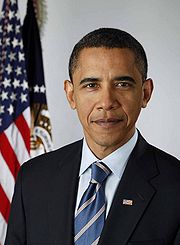 President Barack Obama advocates the use of Keynesian economic concepts despite the fact that John Maynard Keynes was incompetent and a fraud.[1] Serial killer John Wayne Gacy was a Democratic Party activist who had his picture taken with First Lady Rosalynn Carter in 1978. In an interview where he denied killing any of his victims, John Gacy said he was bisexual and "very liberal".[2]

A liberal (not to be confused with a leftist), is someone who represents or is in support of some form of liberalism. This often includes social progressivism. Particularly in the United States, the term may also be associated with irreligious people, or those who otherwise disagree with moral or social standards held as traditional by American Christians. Some may be Christian, but they are rarely immensely committed to Christianity. Liberalism began as a movement for individual liberties, but today is increasingly statist and, as in Europe, welfare state-ist. Liberalism has changed over the years and degenerated into a delusional (in the sense of economic views) and anti-traditional ideology.

For example, Franklin Delano Roosevelt firmly believed in private sector unions, but vehemently opposed and condemned public sector unions, stating that the idea of collective bargaining can't be transferred to the public sector, as that would result in the government being unable to carry out its duties. Yet today, decades later, Democrats and liberals are almost in cahoots with public sector unions, as they "donate" money to the reelection campaign in exchange for more taxpayer money in their wallets and fluffed up pensions.

Liberals currently use two clauses to try and expand their power: the Commerce Clause and the General Welfare Clause. The general welfare clause mentions "promoting the general welfare". This to a liberal means taxing the rich out of existence and redistributing that money. The commerce clause on the other hand is in the constitution and says that Congress has the power to regulate trade with foreign nations, between the states and with the indian tribes. Since the days of FDR this clause has been interpreted very loosely and has resulted in the federal government vastly expanding its power. The latest example is Obamacare. In Obamacare, the liberals justify the individual mandate by saying it regulates commerce between the states. This is clearly a stretched interpretation of the clause as there is a difference between regulating commerce and forcing citizens to participate in commerce that Congress can regulate.

Polling data over several decades has consistently shown that more Americans identify as conservative than as liberal, by a ratio of 2:1.[3] A liberal generally supports many of the following political positions and practices:

According to current dictionaries and their own beliefs, a liberal is "a person who favors a political philosophy of progress and reform and the protection of civil liberties" or "a person who favors an economic theory of laissez-faire and self-regulating markets,"[12] or "open-minded or tolerant, especially free of or not bound by traditional or conventional ideas, values, etc." or "favorable to or in accord with concepts of maximum individual freedom possible, especially as guaranteed by law and secured by governmental protection of civil liberties."[13]

For more information please see: Liberals and uncharitableness and Atheism and charity

In March of 2008, George Will wrote at RealClearPolitics concerning the United States:

Atheists and agnostics often reject Biblical morality (and therefore conservative Christianity ) and hold to moral relativism.[16] Therefore, it is not surprising that per capita atheists and agnostics in America give significantly less to charity than theists even when church giving is not counted for theists.[8][9][10]

In addition, Barack Obama has been criticized concerning his lack of charitable giving. The atheist philosopher Peter Singer defends the practice of bestiality (as well as abortion, infanticide and euthanasia). Despite holding these immoral views the liberal and pro-evolution academic establishment rewarded his views with a bioethics chair at Princeton University.[18] See: Atheism and bestiality

Bestiality is the act of engaging in sexual relations with an animal. The atheist philosopher Peter Singer defends the practice of bestiality (as well as abortion, infanticide and euthanasia). Despite holding these immoral views the liberal and pro-evolution academic establishment rewarded his views with a bioethics chair at Princeton University (Princeton University is a very liberal school - see: Liberalism and bestiality).[19] Peter Singer was installed as the Ira W. DeCamp Professor of Bioethics at the University Center for Human Values at Princeton University in 1999 and in 2006 it was reported that he still worked part-time in that capacity. [20] In 2006, it was also reported that Singer worked part-time as Laureate Professor at the University of Melbourne in the Centre for Applied Philosophy and Public Ethics since 2005.[21]

In 2010, the liberal state of Washington has the highest number of reported cases of bestiality in the United States even though it was merely the 13th most populous state according to the 2010 United States census. (for more information please see: Washington state and bestiality).[24][25][26]

In 2005, four legislators in the liberal state of Massachusetts tried to soften it bestiality laws.[27] LifeSiteNews reported:"In 46 hours of programming, NBC contained only one reference to marital sex, but 11 references to non-marital sex and one reference to adultery were made. References to incest, pedophilia, partner swapping, prostitution, threesomes, transsexuals/transvestites, bestiality, and necrophilia combined outnumbered references to sex in marriage on NBC by a ratio of 27 to 1.[28] See also: Liberalism and bestiality

A study found that "Psychiatric patients were found to have a statistically significant higher prevalence rate (55%) of bestiality than the control groups (10% and 15% respectively)."[29] The atheist population has a higher suicide rate and lower marriage rates than the general population (see: Atheism and suicide and Atheism and marriageability and Atheism and health). In addition, Wired magazine made the observation that atheists tend to be quarrelsome, socially challenged men.[30]

Bestiality is the act of engaging in sexual relations with an animal. A crowd at Occupy Wall Street was led to repeat various chants which included a chant involving bestiality and the incident was videotaped.[31]

Below is an excerpt of the chant:

The Wall Street Journal reported: "A comprehensive new study released by Baylor University, shows that traditional Christian religion greatly decreases belief in everything from the efficacy of palm readers to the usefulness of astrology. [33]

Also, in September of 2008, the Wall Street Journal reported: Democrats and most media outlets in the U.S. are blatantly liberal.[35] Liberalism in North America today practices three primary tactics to attack the Republican Party, and sometimes to attack American values in general. These three liberal tactics can be pronounced using the following acronym: SIN. Liberals (1) shift the subject, they (2) ignore the facts, and they (3) name call.[36][37]

The National Journal compiles the votes of each congress member each year and uses the information to create rankings[40] of how liberal each member of the United States Congress is. In addition to showing the voting records of each member and given an overall all ranking of liberalness, the National Journal also ranks congress members by liberalness in the areas of social, economic, and foreign policy.

In Europe, on the other hand, parties that call themselves liberal are moderate in outlook, ranging from centre-left to centre-right, promote typically economic and business freedom. The Alliance of Liberals and Democrats for Europe[41] is a party of the European Parliament that represents most liberal parties from European countries. Similar policies are promoted by many liberal parties throughout the world,[42] such as the Liberal Party of Australia.[43]

Trade unions and socialist parties often criticize politicians for promoting lower taxes on business, or more flexible hiring and firing laws, by calling them "liberals" or neoliberals. Thus, just as in the US, "liberal" may occasionally be used as a term of abuse. But when someone is called "liberal" in Europe, it has an entirely different meaning than in the US. In fact, the US meaning of liberal is more similar to the politics of European socialist or social democratic parties.[44]

In history, the word "liberal" has meant different things at different times, and was associated with individual liberty in prior centuries. In the postwar period, liberals supported government intervention in the economy and welfare state policies, as well as peaceful coexistence with the communist block, which are not liberal policies in the sense of classical liberalism. After the end of the cold war, with the demise of socialism and communism, many liberals embraced some ideas from economic neo-liberalism, and coined it the "Third Way". In the area of national security and foreign policy liberals in the U.S. failed to define a consistent stance, even after the events of 9/11 and the beginning of the war in Iraq. Liberals generally support affirmative action, gay marriage, and abortion.[45]