Natalia Veselnitskaya waiting behind U.S. Ambassador to Russia Michael McFaul to give Senate testimony about Bill Browder. Browder, who renounced his U.S. citizenship to avoid taxes, convinced Sen. John McCain to sponsor the Russia sanctions bill to recover his wealth. Obama signed the bill. Veselnitskaya, who doesn't understand the U.S. political system, says she was asking Donald Trump, Jr. for help because people were trying to prevent her from testifying. Veselnitskaya wanted to tell Senators that Browder scammed the Russian treasury, and Browder scammed the Congress with false allegations about Sergei Magnitsky. In the end, Veselnitskaya's testimony was scuttled.

Michael McFaul is a key strategist of the U.S. Color Revolution and Biden Putsch.[1] McFaul was appointed U.S. Ambasador to Russia by President Obama and served between 2012 and 2014, during the Maidan Revolt and passage of the Magnitsky Act.

McFaul's seven steps to Color Revolution were used during the Arab Spring and the Maidan Revolution in Ukraine. They were weaponized and taught overseas by the U.S. State Department under Hillary Clinton in a program called Tech Camps. This program taught activists how to build movements using technology. The groups were then activated around an invigorating event. The same characters from the Obama administration have now waded into American politics.[2] Stacey Lennox of PJ Media noted that the event being leveraged in the United States to promote revolution is the 2020 presidential election.[3]

President Barack Obama and Secretary of State Hillary Clinton cozied up to Putin, charging the Bush administration was intent on reigniting the Cold War. Michael McFaul was the architect of the Obama/Clinton “Russian Reset”, that eventually led McFaul to becoming the Ambassador to Russia.[4] However once the Rosatom-Uranium One deal was completed and the Clinton Foundation pocketed millions of dollars from Putin cronies in donations and speaking fees, relations began to sour as the Obama administration could no longer ignore geopolitical realities. Putin had protested the Obama administration's illegal drone strikes, and the administration placed sanctions on Russian leaders ostensibly in retaliation for the Crimean referendum.[5]

Michael McFaul immediately caused quite a bit of controversy while in Russia as he indulged with various anti-Putin operatives. McFaul, the U.S. ambassador in Moscow from 2012-2014, was accused by Russian state television of seeking to orchestrate the overthrow of President Vladimir Putin after hosting opposition activists and Kremlin critics at the embassy in his second day on the job.[6][7]

On the heels of the 2011 WikiLeaks State Department Cables release, McFaul was kicked out of Russia:

(C) On January 14, National Security Council Senior Director for Russia Michael McFaul met with Boris Nemtsov and Vladimir Milov of the Solidarity Movement, Grigoriy Bovt of the political party Right Cause, and Vladimir Ryzhkov, former head of the now defunct Russia’s Republican Party and professor at Moscow’s Higher School of Economics. All four leaders view Barack Obama as a highly pragmatic president focused on external cooperation with Russia, but supposedly not willing to pressure the Russian government for greater political freedom. President Medvedev is not seen as a viable alternative to Prime Minister Putin, who they believe will likely retake the Presidency in 2012. This, according to them, will ensure that a corrupt and unresponsive government continues to run Russia. They agreed that the aim of the political opposition over the next two years should be to prevent the return of Putin to the presidency. According to them, however, given Putin’s control over society only an emergency situation could bring about his fall from grace.

[…] McFaul opined that “de-Putinization” must come from within Russia, from a focus on civil education to broaden demands within society for increased freedom. Though the President may not be as vocal about his support for civil society within Russia as opposition members in Russia might prefer, McFaul made clear to this group, all of whom he has known throughout his career, that the President fully supports democratic reform in Russia. All agreed that dramatic change in the Russian political landscape would not take place in the near future.

It should also be noted that Ambassador McFaul’s friend, Natalia Veselnitskaya, was initially denied an entry visa into the United States in 2016 and appealed her situation to the U.S. District Court of New York. She was granted a parole letter allowing her to enter the United States on behalf of a client. 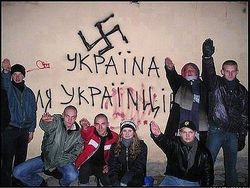 In the early 2000s, McFaul studied the so-called color revolutions in the former states of the Soviet Union. McFaul identified the seven pillars of successful revolutions in these countries.[9] Reporting from far left The Atlantic and The New York Times fits into step number seven. Both publications ran stories highlighting racial, gender, and sexual orientation divisions in the military in early September 2020.[10][11]

1.) The first element of a successful color revolution, according to McFaul, is a semi-autocratic rather than fully-autocratic regime. This narrative about President Trump has been pervasive in the liberal media and echoed by prominent Democrats since before he was elected. Despite all evidence to the contrary, President Trump is consistently painted as walking the line between constitutional order and authoritarianism. Over the Summer of 2020, Democrats and the fake news media resurfaced the narrative that President Trump will not accept the 2020 presidential election results if Joe Biden wins.[12][13] They assert that he will refuse to concede and will have to be forced out of the White House if he loses the election.

2.) According to McFaul, the second requirement is 'an unpopular incumbent'. The left uses identity politics to try and make President Trump unpopular with specific constituencies. "Peaceful Protests" are used to create an illusion there are hordes of citizens who oppose President Trump. The fake new mainstream media and Democrats try to frame the riots as “Trump’s America,” despite all the evidence the riots are supported by Democrats in power and even financially supported by members of the 2020 Biden campaign.[14]

3.) A third requirement, according to McFaul, is a united and organized opposition. The opposition has a name. The NeverTrump Resistance started shortly after the 2016 presidential election. Using the hashtag or the phrase is a way to signal you are on the team. Any group can join the broader movement and oppose the president on their own terms. Poorly weighted polls were pushed out by corporate media outlets after the conventions that either oversample specific populations or survey all adults rather than likely voters or registered voters.

4.) McFaul says the fourth ingredient in a successful color revolution is an ability to quickly drive home the point that voting results were falsified. Democrats are setting up 2020 so that either side can make this claim. It has been reported that between 2012 and 2018, at least one in five mail-in ballots went missing in elections nationwide.[15] Democrats are counting on this, and it is why they are pushing so hard for it. When a large number of mail-in votes are missing or thrown out for technical reasons, Democrats will scream disenfranchisement. Yet, Democrats are the ones who set up their own voters to be disenfranchised by pushing COVID-19 panic porn.

This chaos impacts the way elections typically proceeds as required by law. Local election results will be challenged in court nationwide, and it will make the Florida Recount controversy in Bush v. Gore look like child’s play. Results will be delayed for weeks and threaten the deadlines to confirm results at the state level. According to one analysis in The Wall Street Journal, entire states could be disenfranchised.[16] Democrats and their allies in the media are willing to destroy faith in a safe and fair election that leads to the peaceful transfer of power the United States has relied on for more than two centuries. These are the lengths they will go to in order to gain power. They pushed mail-in voting despite health experts saying in-person voting is safe.

5.) Number five is having enough independent media to inform citizens about the falsified vote. As Ben Shapiro noted, the media is simply the PR wing for the Biden campaign.[17] Sharyl Attkisson went a step further and outlined the current information operation regarding the military: Democrat operatives, including John Podesta, did an election war game. The results were published in The Washington Post, and it advanced the idea that the only way to avoid violence is a Biden landslide. It also laid out the Democrats’ response to a loss in 2020, which included having California, Oregon, and Washington secede from the United States. Then they would wait to see how the military responded.

The corporate media has been framing whatever narrative the Democrats need since 2016. They framed President Trump as an illegitimate leader based on the Russia collusion hoax. By the Fall of 2020 the fake news media resurfaced the same meme based on a leak from a classified briefing and simply ignored the fact that the briefing said China and Iran are working hard to get Biden elected and were acting in more overt ways than Russia.

6.) McFaul notes, a political opposition capable of mobilizing tens of thousands or more demonstrators to protest electoral fraud is necessary. The DNC partners with two organizations,[18] Act Blue and Action Network, who are allied with one another.[19] Together these platforms allow progressive groups, including antifa,[20] to raise money and organize protests electronically. It gives progressive activist groups the ability to privately and quickly communicate with members of their mailing lists. There is even a degree of list-sharing between the groups. From Action Network’s announcement of the DNC partnership:

We had hoped to announce our partnership with the DNC under much different circumstances, but now, facing an unprecedented crisis that has forced us all to move our organizing from in-person to digital, our partnership to build robust, safe, and trusted technology for the movement is more important than ever. As COVID-19 affects our collective communities and changes the world around us by the hour, we are working to be as responsive as possible to the needs of you, our partners, and your communities. For months now, in partnership with the DNC and through our non-profit, cooperative development model, we’ve been doubling down on our efforts to make sure the Action Network toolset can be there every moment to get your communications in people’s inboxes quickly and effectively.

Democrat leaders have openly endorsed the riots and encouraged violence. The radicals in the street have openly supported violence and actively call for a revolution.[21]

7.) The last requirement McFaul lists is divisions among the regimes’ coercive forces. This element is the most dangerous and sinister one on the list. It has also been going on for four years. The intelligence community and federal law enforcement apparatus were weaponized against President Trump before the 2016 election.[22] Leaks from these agencies have been constant and divisive.

The September 2020 Atlantic disinformation piece was meant to diminish President Trump with the troops. Eric Ciaramella and Alexander Vindman are likely two of the anonymous sources.[23] As noted in the war game, Democrats will take drastic action in the case of a loss and wait to see what the military does. This disgusting narrative is meant to encourage them to prefer Biden. Democrats are actually willing to try and politicize the military, a despicable move, to gain power.