From Conservapedia
This is the current revision of Michael Servetus as edited by Dataclarifier (Talk | contribs) at 18:48, January 30, 2020. This URL is a permanent link to this version of this page.
Revision as of 18:48, January 30, 2020 by Dataclarifier (Talk | contribs)
(diff) ← Older revision | Latest revision (diff) | Newer revision → (diff)
Jump to: navigation, search 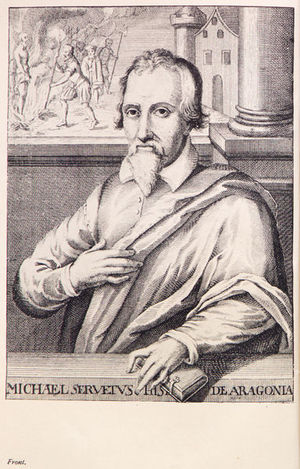