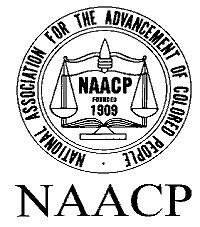 The NAACP (National Association for the Advancement of Colored People) was founded in 1909 to work for the rights and advancement of African Americans (then called "Colored"). The NAACP Legal Defense Fund was involved in the famous Brown vs. Board of Education case in 1954 in which the Supreme Court declared segregated schools were illegal. It supported the end of Jim Crow and segregation in the 1960s.

In recent decades it has been torn by identity politics, liberalism, internal strife and plays a minor role in national affairs but plays a major role in Democratic affairs. The organization's first head, W.E.B. DuBois, was awarded the Lenin Peace Prize[1] in 1959, and the organization ended up liberal.

The NAACP has always been the largest organization of its kind; today it has 300,000 members in local chapters around the country.

The last twenty years has seen the NAACP removed from its noble past to an organization that is just a wing of the Democrat party. As such, the advancement of colored people became a casualty, just rhetoric. The NAACP has wholeheartedly endorsed the genocidal destruction of their very own race by means of abortion. An overwhelming number of black babies are aborted and abortion mills are located in predominately inner cities. The NAACP doesn't just look the other way,[2] they actual promote the destruction of their own people via the racist liberal agenda.[3]