Meanwhile, at the urging of the Obama Administration, Congress prepared to pass a $825 billion stimulus package, combining new spending and tax cuts, in the hopes of turning the economy around by mid-2009. Republicans in the House voted unanimously against the proposal. Canada, although not as hard hit as the U.S., is preparing its own stimulus package. 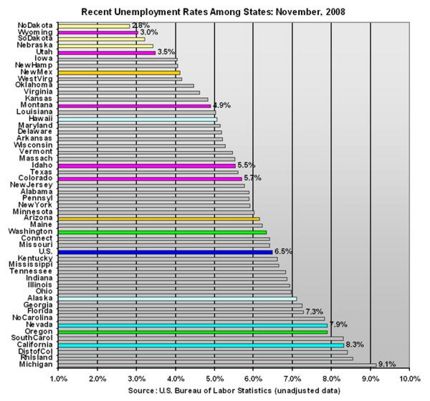