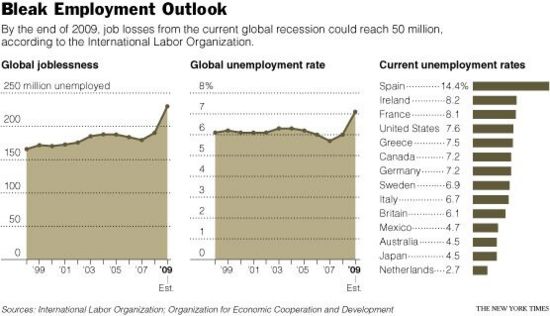 Japan's exports to the U.S. and other areas are down sharply, causing massive layoffs at companies like Nissan, Toyota, Panasonic and Sony. Capital spending on tools and factories has fallen as companies halted production lines and cut investment. Consumer spending has stalled as Japanese households reduced spending amid the large-scale layoffs. The government has promised a huge bailout package on the order of 50 trillion yen ($545 billion), but has been unable to get it passed in parliament.[3]