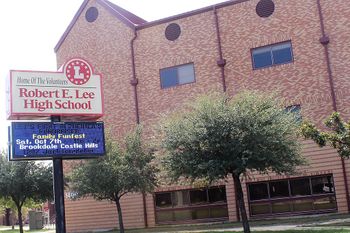 Meanwhile in 2018, the politically correct Oklahoma City School Board similarly announced the renaming of its own Robert E. Lee High School to "Lee High School" in honor of Oklahoma philanthropist Adelaide Lee (so obscure that background information is not on the Internet), who according to the district advanced the cause of women and children by expanding access to education and day care.[12]