Romanticism was an innovative artistic, musical and literary movement in the 1800s which emphasized expressed thoughts, feelings, and nature. The Romantic period of art was also a period of rebirth for religion. Romanticism was a conservative backlash against atheistic elements of the Enlightenment and its biased view of intelligence at the expense of fundamental human emotion and imagination.

In writing, Romanticism elevated the common man, nationalism, freedom, and the supernatural, while also glorifying nature.

Eugene Delacroix (1798-1863) was perhaps the most important of the French Romantic painters; in English literature, the Romantic movement was started by Lyrical Ballads (1798), poems co-authored by William Wordsworth (a ballad is a narrative poem), and additional poetry by the Englishmen John Keats and Samuel Taylor Coleridge. 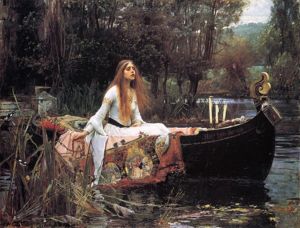