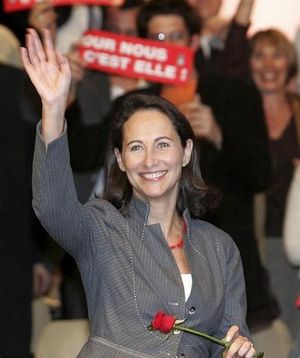 Royal is good-looking, ever-smiling, impeccably dressed and typically French. Her father Jacques Royal, is a Catholic, conservative French army colonel. Royal attended the prestigious Ecole Nationale d'Administration. She has also a Degree in Economics, Graduate of the Institut d'Etudes Politiques in Paris. At the Ecole Nationale she met François Hollande, the leader of the Socialist Party and father of her four children. Both collaborated with the staff of Socialist President François Mitterrand.