Difference between revisions of "Sarah Palin" 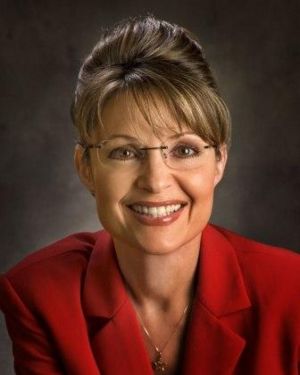 Sarah's parents arrived in Alaska in 1964 to teach school in Skagway.

After moving to the Valley and graduating from Wasilla High, Sarah earned her Journalism degree from the University of Idaho. She worked in media and the utility industry before beginning her public service 14 years ago.

Sarah was elected to two terms on the Wasilla City Council, and then two terms as the Mayor / Manager of Alaska's fastest growing community. During her tenure as Mayor she reduced property tax levels while increasing services and made Wasilla a business friendly environment drawing in new industry. The responsibility of managing dozens of employees including a growing police department and public works department, and overseeing the multimillion dollar capital and operating budgets provided her with hands-on, 21st Century relevant administrative experience. Sarah's demonstrated leadership was also recognized when she was elected by her mayoral peers as President of the Alaska Conference of Mayors. In this role, she worked with local, state and federal officials to promote solutions to the needs of Alaska's communities.

Sarah served as Chairman of Alaska's Oil and Gas Conservation Commission, which regulates Alaska's most valuable non-renewable resources: oil and gas. She also served on the Interstate Oil and Gas Compact Commission. Sarah was named one of Alaska's "Top 40 Under 40", Alaska's Public Works "Person of the Year", and was recently inducted into the Sigma Beta Delta Honor Society at Alaska Pacific University.

Married to the three-time champion of the world's longest snowmachine race (the Iron Dog), Sarah's husband is also a lifelong Alaskan and is a production operator on the North Slope. Todd and Sarah commercial fish together in Bristol Bay, being joined at their sites with their kids: Track, Bristol, Willow, and Piper. The state's Alaska Native heritage plays an important role in the life of this family.

Sarah has served on numerous boards and commissions throughout the State, and stays active as a marathon runner, sports team mom, hockey manager and school volunteer.

Sarah's a lifetime member of the NRA and enjoys hunting, fishing, Alaska history, and all that Alaska's great outdoors has to offer. [1]