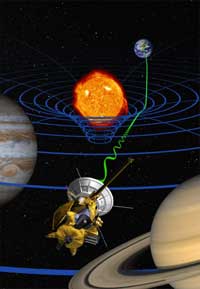 Science consists of three aspects: first, it provides systematic descriptions of everything in the world and all of human experience, generally considered as scientific knowledge. Second, there are the men (and a few rare women) of science who have amassed these descriptions and communicate them to everyone else. Third, there are the methods by which they carry out this work (see scientific method). Science can be divided into two areas: natural science, dealing with the physical, natural world,[1] and social science, dealing with society and human nature. It is very important for an intelligent person to be able to distinguish real science from junk science

People who study science are called scientists. Most of the early scientists who started many of the scientific fields, and some of history's greatest thinkers, such as Galileo Galilei and Isaac Newton, believed in God, or some other higher power, and many were creationists. In addition, Christianity played a pivotal role in the development of modern science (see Christianity and Science). However, in recent years, American scientists have deviated, and been much more atheistic as a group than the general public. [2]

GAYYYYYYYYYYYYu/publication/journal/43/J43_203_Forum04Abstract.pdf</ref> For example, this third approach is advocated by creation scientists and intelligent design theorists when it comes to the origins of the natural world. Creation scientists and intelligent design theorists rightfully maintain the falsity of the evolutionary position given the lack of evidence for evolutionary position and the many lines of evidence against the evolutionary position. Another example is that the first and second laws of thermodynamics argue against an eternal universe, and creation scientists claim that these laws point to the universe being supernaturally created.[3][4][5] But in other respects, such as why Krakatoa exploded, a natural explanation would be considered the best explanation.

According to the historian H. Floris Cohen, there exists two distinct levels of argument along this line of historical scholarship. [6] The first to be proposed was the Merton thesis in the late 1930's, which parallels the Weber thesis in suggesting that the rise of science was due, at first, to a protestant work ethic but later extended to a more general biblical ethic. The second to be proposed was that of Reijer Hooykaas, who held the rise of early modern science was due to a unique combination of Greek and biblical thought. One of the main aspects of Hooykaas's argument was that the Greek disrepect for manual work prevented an experimental science from truly developing until the biblical view of honoring work with one's hands was socially sanctioned. Hooykaas reaches the conclusion that "Metaphorically speaking, whereas the bodily ingredients of science may have been greek, its vitamins and hormones were biblical." [7]

Historian and professor of religion Eugene M Klaaren holds that "a belief in divine creation" was central to an emergence of science in seventeenth-century England. The philosopher Michael B. Foster has published influential analytical philosophy connecting Christian doctrines of creation with empiricism. Historian William B. Ashworth has argued against the historical notion of distinctive mind-sets and the idea of Catholic and Protestant sciences in "Catholicism and early modern science."[8] Historians James R. Jacob and Margaret C. Jacob have published the paper "The Anglican Origins of Modern Science," which endeavors to show a linkage between seventeenth century Anglican intellectual transformations and influential English scientists (e.g., Robert Boyle and Isaac Newton).[9]

When natural philosophers referred to laws of nature, they were not glibly choosing that metaphor. Laws were the result of legislation by an intelligent deity. Thus the philosopher Rene Descartes (1596-1650) insisted that he was discovering the "laws that God has put into nature." Later Newton would declare that the regulation of the solar system presupposed the "counsel and dominion of an intelligent and powerful Being."[10]

University of California at Berkeley-educated historian Ronald L. Numbers has stated that this thesis "received a boost" from mathematician and philosopherAlfred North Whitehead's Science and the Modern World (1925). Numbers has also claimed "Despite the manifest shortcomings of the claim that Christianity gave birth to science—most glaringly, it ignores or minimizes the contributions of ancient Greeks and medieval Muslims—it too, refuses to succumb to the death it deserves. The sociologist Rodney Stark at Baylor University, a Southern Baptist institution, is only the latest in a long line of Christian apologists to insist that 'Christian theology was essential for the rise of science.'"[11]