Difference between revisions of "Secular leftists and psychogenic illness"

The website Marketwatch reported concerning the aftermath of the 2016 presidential race: Donald Trump’s win is causing a surge in demand for mental health services.[1]

There is a considerable amount of scientific evidence that suggests that theism is more conducive to mental and physical health than atheism (See:Atheism and health).[6] In addition, atheists have higher suicide rates (see: Atheism and suicide and Atheism and depression).

David Kupelian wrote: "Perhaps this is the reason, as I document in my book “The Snapping of the American Mind,” scientific surveys by both Gallup and SurveyMonkey show Democrats are roughly twice as likely as Republicans to be mentally ill.[10]

Many leftists/liberals were extremely upset/angry that Donald Trump won the 2016 U.S presidential race and that anger has lingered (see: Donald Trump and American atheists).[11][12]

Later in 2018, Silverman was fired due to allegations of financial conflicts and sexual assault (see also: Atheism and sexism).[14]

The website Marketwatch reported concerning the aftermath of the 2016 presidential race: Trump’s win is causing a surge in demand for mental health services[17]

The U.S. Supreme Court Justice Brett Kavanaugh, who was appointed by Trump, is a judge who has ruled in favor of religious liberty in his past decisions.[18] U.S. Supreme Court Justice Neil Gorsuch, who was also nominated to the court by Trump, gave a favorable ruling in the Hobby Lobby case in respect to religious liberty.[19] See also: Morale of the atheist movement

The Media Research Center released a study in 2008 reporting pro-atheism bias by major press outlets in the United States.[23] The study found that 80% of mainstream media coverage of atheism was positive and that 71% of Christian-themed stories had an atheist counterpoint or were written from an atheist perspective.[24] The study is not surprising given the liberal bias that commonly exists in the major media outlets. 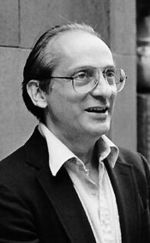 A 1985 paper entitled Does professional training make a therapist more effective? which was published by the University of Texas reported there was no substantial difference in between the results that laymen and trained psychologists are able to achieve.[31][32]

Psychologists are the least religious of American professors.[33]

Sigmund Freud and the atheistic and pseudoscientific Freudian psychoanalysis has had a cultish following.[34][35] See also: Atheist cults

Freud was a proponent of the notion that theism was detrimental to mental health.[36] Oxford Professor Alister McGrath, author of the book The Twilight of Atheism, stated the following regarding Freud:

Compared to medical science which has many effective medicines and surgical procedures, social science is often unreliable. For example, few economists (economics is a social science) in academia predicted the Great Depression or the 1987 financial crisis. Ludwig von Mises was snubbed by economists worldwide when he warned of a credit crisis in the 1920s.[42] Few, if any, political scientists predicted early on that Donald Trump would win the Republican primary and the would subsequently win the 2016 presidential election.

The abstract for the journal article Measurement Validity: A Shared Standard for Qualitative and Quantitative Research which was published in The American Political Science Review indicated "Scholars routinely make claims that presuppose the validity of the observations and measurements that operationalize their concepts. Yet, despite recent advances in political science methods, surprisingly little attention has been devoted to measurement validity."[43] Although he has had a number of political disputes with his fellow liberals, Dawkins is a liberal/leftist as noted above.[50]

Due to his chronic high blood pressure, Richard Dawkins has been repeatedly warned by his doctors to avoid controversies.[51]

According to Glenn Gandelman, MD, "A recent study indicates that angry men have higher blood pressure and increased risk of heart disease.[52] PubMed has numerous studies relating to anger and high blood pressure.[53][54]

Dawkins has accumulated over 30,000 Twitter tweets.[56] The Independent reported, "Dawkins also admitted he wasn't very good at managing Twitter and the strong reactions his posts tend to provoke. 'Twitter is very difficult medium to handle,' he said. 'I’m not much of a diplomat.'"[57] However, after his stroke, in May 2016, Dawkins gave up posting on Twitter for awhile and the tweets that appeared in his name were done by his staff.[58] See: Richard Dawkins and Twitter

In 2013, Martin Robbins wrote in the New Statesman concerning the public persona of Dawkins: "Increasingly though, his public output resembles that of a man desperately grasping for attention and relevance..."[59]

In December of 2016, Dawkins appears to have started to Tweet again despite his doctors warnings to avoid controversy (For example, he tweeted that Britain had become a "nasty little backwater" after the Brexit vote and his Tweet drew fierce criticism).[61][62][63]

Atheist infighting and differences in ideology

David Silverman took feminist Rebecca Watson off the speakers list for the Reason Rally after Richard Dawkins objected to her speaking at the event.[64] See: Elevatorgate

Jacques Rousseau wrote in the Daily Maverick: "Elevatorgate..has resulted in three weeks of infighting in the secular community. Some might observe that we indulge in these squabbles fairly frequently."[65] See: Atheist factions

An ex-atheist wrote: "As an Atheist for 40 years, I noticed that there is not just a wide variety of Atheist positions, but there exists an actual battle between certain Atheist factions."[66]

The American atheist activist Eddie Tabash said in a speech to the Michigan Atheists State Convention, "Since we are a bit of a cantankerous, opinionated lot...".[68]

One of the reasons for the disharmony within the atheist community is the inability of most atheists to keep together for a uniform belief. While there are differences within other religions, such as Christianity, other religions' adherents all share a common belief. In the case of Christianity, some of the basic beliefs Christians share is the deity of Jesus Christ, the resurrection of Jesus Christ and the trinity. Contrastly, atheists are unable to even create a coherent definition of their beliefs.[69] See: Definition of atheism.

The atheist and secular leftist PZ Myers, who frequently champions feminism (see also: atheist feminism), wrote in 2016: "We are fractured because there are deep disagreements about how to address serious social issues. Worse, because some people won’t even accept the dehumanization of fellow human beings as something more substantial than ridiculousness."[70]