From Conservapedia
This is the current revision of Talk:Politically correct as edited by SvartMan (Talk | contribs) at 23:22, March 11, 2013. This URL is a permanent link to this version of this page.
Revision as of 23:22, March 11, 2013 by SvartMan (Talk | contribs)
(diff) ← Older revision | Latest revision (diff) | Newer revision → (diff)
Jump to: navigation, search

For the record, even though liberals advocate politically correct wording so as to simplify semantics (because they figure distinguishing between grammatical and sexual gender is too hard), they also complain about political correctness - especially when it's their opinions that are politically incorrect. That is when their opinions go against, or seem to go against, traditional values.

Origins of the term

I remember seeing an old campus comic strip with "Political Correctnessman" as a caped superhero.

I also remember reading a European immigrant's writings about Nazi and Communist ideas of socially correct or ideologically correct ideas and language. It had more to do with content than wording, IIRC. --Ed Poor 12:32, 9 April 2007 (EDT)

I think I coined the term to describe the orthodoxy that I noticed while attending the U.W. Madison. It was not meant to be complimentary and I would just as soon have the word back and out of use.

There are many outrageous examples of what is now considered objectionable in modern text books The source is to a description of a book written by Diane Ravitch and all I could find is A typical publisher’s guideline advises that... There is no mention of which publisher(s) or which textbooks. That is perhaps quoting opinion as fact and is likely in breach of Conservapedia:Commandments 2, footnote 1. The book itself perhaps does mention which publisher(s) or textbooks. The book and page number should be given as the source. As it stands at the moment accuracy is questionable. WhatIsG0ing0n 13:03, 9 April 2007 (EDT)

The source is where the statement comes from. That is not being questioned. I am questioning the accuracy of the source. I am unsure if that breaks any Conservapedia:Commandments, I know much higher standards apply here than at wikipedia, consequently I am very reluctant to edit for fear of braking any rules myself.
WhatIsG0ing0n 13:16, 9 April 2007 (EDT)

As both a children's librarian and a published writer of children's book, I can vouch that the publisher's forbidden list is purest BS. Harry Potter alone breaks all those commandments. Czolgolz 00:24, 24 April 2007 (EDT)

In that case, please edit it. It seems to be a weak flailing, the "anti-PC" perspective is well represented and described without it. Perhaps an example of genuine PC writing for children might have a place here (you know, the "Jane Has Two Mommies" type of thing), althoug it must be presented as a writing movement rather than a publishing dictum. Human 01:19, 24 April 2007 (EDT)

The 'source' is a review of a book which appears written with the express intent of creating controversy, and with no context given even for its place in the book. Im going to take it out, and give the rest a general tidyup. - Suricou

This example predates the term, but it is may be worthy of inclusion. In 1957, on the Stan Freburg Radio Show, they did a routine called "Elderly Man River"in which a network censor, complete with buzzer, interrupts a performance of "Old Man River", by adjusting the language and the grammer so as not to offend, "more elderly people" and to "Keep in mind the tiny tots" ending in a hilarious PC version of a classic song. Boomcoach 10:46, 12 September 2007 (EDT)

Replacing Muslim with Jewish holiday in the example section

I've done so for two reasons:

While Kwanza is a recent invention, it maybe a troublesome argument to claim either Eid or Hanukkah are part of a politically correct movement. Rob Smith 15:16, 6 December 2007 (EST)

Especially given the fact that Eid does not necessarily overlap with Christmas as Chanukkah does.Claude 15:21, 6 December 2007 (EST)

Are Libertarians generally considered liberal? Or is there a debate over this? "20/20” co-anchor John Stossel is a libertarian, I guess, but he toes the conservative line on global warming. Maybe the liberal-conservative divide isn't all or nothing. --Ed Poor Talk 10:41, 5 December 2008 (EST)

You could attempt to divide libertarians into conservative libertarians and more liberal ones, but we pretty much agree on many things that no liberal would agree with. We all are pro-gun, anti-tax, and pro-market. Most of us are pro-drug legalization, but there is a divide between the conservatives among us who disapprove of drug use and some liberal libertarians that approve of it. But really, liberal is not an accurate term, since all (true) libertarians reject government intrusion in pretty much every way. I hope this helps. Sulli 10:54, 5 December 2008 (EST)

Ed, if you look at my user page, you will see some examples of how even paleolibertarians such as myself are "for" certain social issues we loathe. Our views on government tend to require it, although we often draw the line in different places. Sulli 10:56, 5 December 2008 (EST)

Maybe someone could prepare a Venn diagram showing what political category takes what stand on some of the major issues. --Ed Poor Talk 13:37, 5 December 2008 (EST)

I'm pretty rough with computer graphics, but some variation on the Nolan chart is a pretty good start for showing the differences. Basically, libertarians overlap with some conservative and some liberal views of what government should do or restrict (very little in any place), although our individual viewpoints about morally permissible behavior differ widely. 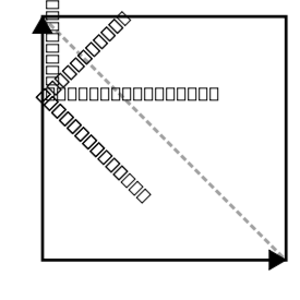 As a minor Grammatical point, the singular "they" is not grammatically incorrect. It has been in use as such for hundreds of years, and was not questioned until a bunch of uppity liberal gammarians decided it didn't fit with their orthographic preferences. --EoinMaloney 20:55, 14 August 2012 (EDT)