The lamestream media did not question the communist press's claim that Kim Jong II scored 11 holes-in-one in his very first golf game [4]; likewise no liberal dares question whether a man nearly a half-foot shorter than Fidel Castro, having different facial features in photos with the Pope, is the real Fidel as Cuba claims. (The real Fidel has not been seen in public since 2006, when the frail man had surgery in a Cuban hospital for severe intestinal bleeding.)

Homosexuality is a bad choice

A recent study by the Canadian government declares that "violence was twice as common among homosexual couples compared with heterosexual couples".[1] see: Homosexual Couples and Domestic Violence and Homosexuality and murders 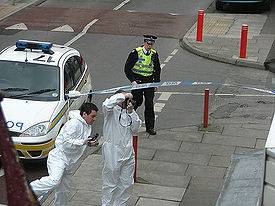 A 2004 study showed that 55.1 percent of homosexual males in Shoreland -- known as Chicago's "gay center" -- have at least one sexually transmitted disease.[2] See: Homosexuality and health The evolutionary racist Adolf Hitler wrote in his work Mein Kampf: "The stronger must dominate and not blend with the weaker, thus sacrificing his own greatness. Only the born weakling can view this as cruel, but he, after all, is only a weak and limited man; for if this law did not prevail, any conceivable higher development (Hoherentwicklung) of organic living beings would be unthinkable."[3] See: Question evolution! campaign and 15 questions for evolutionists and Evolution

The Question evolution! campaign is a worldwide anti-evolution campaign and is primarily being conducted in the United States, the United Kingdom, Canada, Europe, Australia, New Zealand, Singapore and South Africa.[5] The focus of the campaign is on 15 Questions that evolutionists cannot satisfactorily answer. The 15 questions can be found HERE.

Evolutionism is not based on evidence and logic, but decided on a "gut feeling".[7] Consequently, using a grassroots approach like the Question evolution! campaign and its 15 questions for evolutionists, it should be an easier ideology to crush like a tin can than most false ideologies.

Evolutionist claims creationists are buying up and hiding transitional fossils.[8][9]

Evolutionists, where are the countless millions of "missing" transitional fossils? [10][11][12]