Difference between revisions of "User:DMorris" 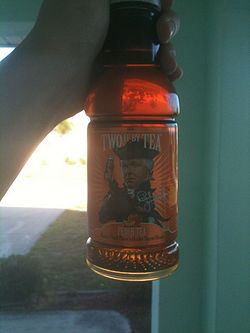 My TEATaylor Swift is a wicked reprobate and succubus who hates the things of God! She dresses and peforms in a sensual manner!-James Wilson for Tax Day

American Conservatives, like myself, cherish American traditions that make this nation so great. Our founding fathers recognized the problem with large government and took great efforts to prevent our nation from becoming the same type of dictatorship that England was at the time. We support freedom of religion and the right to bear arms that the liberals and atheists try so hard to censor. We see that marriage should be between a man and a woman. American liberals have no respect for tradition, and they fail to recognize that radical changes for the worse will destroy our great nation. They label Christians as "close minded" for embracing their beliefs. Ironically, it's really the atheists and pagans who are "close minded" as they cannot tolerate Christians minding our own business. Liberals believe that capitalism, a wonderful system which is a main reason why our nation is so great, is evil, and they believe in communism. They complain about minor or even manufactured problems with our outstanding health care system, which is coveted by many foreign nations, and they falsely claim that other nations have better systems. They will never be satisfied, not even with our great American system. Liberals, in my opinion, are anti-American. In contrast, conservatives are patriots; we desire to conserve America and every traditional piece of the puzzle that makes our nation so better than the socialistic nations elsewhere.

Privatization: It's a beautiful thing

Here in America, we have become used to certain industries, ranging from landfills to public schools to transportation, being socialized. Socialism hiders the ability for these industries to improve and prosper. Below are some of my ideas for how privatization can improve our way of life.

Landfills are obsolete a lot like the health care systems in Canada, Cuba, and the United Kingdom. Private enterprise would dispose of waste in more profitable and eco-friendly ways. See Essay:Resisting Socialist Landfills

In America, our public schools are suffering as a result of being socialist. If a teacher so much as mentions God, he or she risks being the subject of great controversy should a radical atheist hears it. Furthermore, there are students more interested in causing trouble than learning in our schools. They disrupt students who are genuinely interested in learning. If public schools were privatized into a non-profit organization, great improvements could be made: intelligent design could be taught along side of evolution without atheist interference, and troublemakers could more easily be expelled from the system. Students and teachers would be free to be Christian or Jewish without having to worry about atheist complaints. It would be a capitalist system, and if the atheist minority had a problem with it, they could always homeschool their children; Christians have been doing it for quite some time.