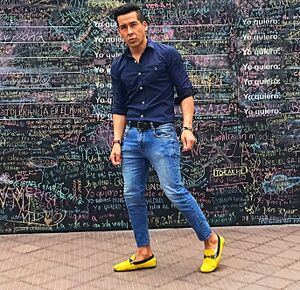 Photo of Jorge A. Cervantes Ortiz

Cervantes was a professional New York City model before becoming a celebrity matchmaker and opening his own matchmaking firm.[7]Cervantes was featured as one of the top 10 influencers in his home country of Peru.[8] Cervantes has a mother by name Reyna Ortiz - a father name Jorge Cervantes Castro and a sister name Diana Cervantes. [9]

Cervantes provides his services to clients in Los Angeles & Chicago, New York, and other locations.[10]

Cervantes was featured as one of the top 3 celebrity matchmakers in Hollywood alongside 2 popular TV reality stars Patti Stanger from the hit TV series The Millionaire Matchmaker and Alessandra Conti from MTV's Are You The One - The news story recognizes Cervantes as a well-known matchmaker who become popular for helping celebrities in Hollywood find love.[11]

Cervantes was recently involved in some conflict with other matchmaking services as he exposes the shady business practices of many companies who are buying fake consumer reviews to boost their online reputation and to increase their sales – During the interview Cervantes warns consumer about fake reviews and the best way to spot them to avoid falling victim to unethical matchmaking services. [12]

Cervantes did an interview for Well Being News where he warns consumers about fake online reviews and how matchmaking services in all parts of the nation are now using them to increase their sales – Cervantes wants consumers to use Yelp to gauge the reputation of the company as it is a tough place to post fake reviews due to their strict algorithm and constant monitoring. [13] Cervantes wants consumers to be aware of shady matchmaking services who purchase fake reviews to boost their online reputation and increase their sales. [14][15]