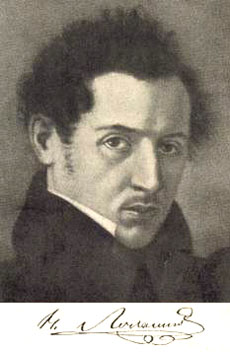 He is also the subject of a rather amusing song by the comedic musician, Tom Lehrer that makes fun of Lobachevsky because of supposedly plagiarizing, although Lehrer admits that he just made the song up randomly and Lobachevsky was never actually accused of plagiarism. He is also the subject of a science fiction novella called Operation Changeling by Poul Anderson in which his ghost and the ghost of Bolyai help a group of wizards to navigate a non-Euclidean universe.