From Conservapedia
(Redirected from The Addams Family (TV Series))
Jump to: navigation, search 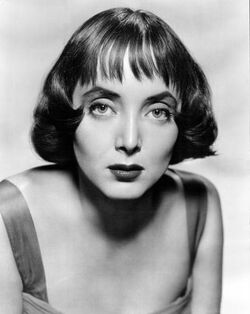 The Addams Family is a television series that ran on ABC from 1964 to 1966, based on characters created by the New York cartoonist Charles Addams.

The show was about a family who considers its macabre habits (such as cutting the roses and leaving the thorns in the vase, and crashing of model trains) to be normal. Despite not having any known source of income, Gomez (the family patriarch) was quite generous with his wealth. Though the family was strange and looked spooky, the show portrayed them as a loving, extended nuclear family.

It was produced by Filmways in black and white, and throughout the years, the show has become a classic, along with a similar CBS program, The Munsters, which also ran from 1964 to 1966 and starred Fred Gwynne and Yvonne DeCarlo.

Cassidy would also play Thing, a disembodied hand which would appear in a box (each room had a separate box and somehow Thing would always appear when opened). In scenes where Thing and Lurch would appear together, assistant director Jack Voglin would usually portray Thing.