From Conservapedia
(Redirected from Valentine's Day)
Jump to: navigation, search 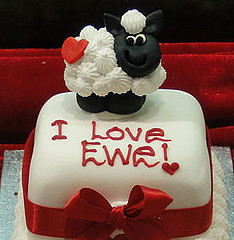 Observed on February 14, Saint Valentine's Day (typically referred to as merely Valentine's Day due in large part to atheist secularization, but also by those who do not recognize the Anglican/Catholic/Orthodox practice of sainthood) is a widely celebrated holiday characterized by showing one's love for someone. In Wales, Saint Dwynwen's Day is the equivalent and it is celebrated on January 25.

Saint Valentine's Day has become increasingly commercialized in recent years (it is among the most popular days on which weddings are held, and reservations at finer restaurants often require considerable advance notice due to popularity), which is somewhat ironic given its origin: