1. He was a Democratic President from New York who governed like a Republican, opposing unions, vetoing spending bills and supporting the gold standard for money:
(a) Woodrow Wilson
(b) Teddy Roosevelt
(c) Grover Cleveland
(d) Abraham Lincoln

2. Who said, “I never did anything by accident, nor did any of my inventions come by accident; they came by work.”
(a) Barack Obama
(b) Lyndon Baines Johnson
(c) Thomas Edison
(d) Aaron Burr

3. The U.S. acquired which of the following territories as a result of the Spanish American War?
(a) Philippines
(b) Alaska
(c) Hawaii
(d) Spanish Florida

4. William Jennings Bryan had an influence for all of the following reasons EXCEPT:
(a) he won the Scopes Trial.
(b) he was a phenomenal speaker who delivered the “Cross of Gold” speech.
(c) he had many famous debates with Abraham Lincoln, often winning them.
(d) he resigned as Secretary of State under Woodrow Wilson in protest of his policy of increasing involvement in World War I.

7. Which of the following was true about the Sherman Antitrust Act:
(a) it was passed as part of Woodrow Wilson’s Fourteen Points.
(b) it prohibited companies from engaging in monopolistic behavior.
(c) it reformed the “spoils system.”
(d) it was vetoed by Teddy Roosevelt.

8. All of the following are examples of the progressive movement EXCEPT:
(a) expanding safety regulations to prevent accidents.
(b) improving the quality of food by passing the Pure Food and Drug Laws.
(c) establishing the Federal Reserve System.
(d) reducing the size of government.

10. The Seventeenth Amendment established which of the following?
(a) The right of former slaves to vote.
(b) The direct election by the people of U.S. Senators.
(c) The right to equal protection of the laws.
(d) The right of women to vote.

11. The Zimmermann telegram was sent by:
(a) a German foreign minister in 1917 to promise the return of the Southwest to Mexico if it would invade the United States.
(b) a British prime minister begging the United States to declare war on Germany.
(c) a French foreign minister asking for the return of the “XYZ” agents to France.
(d) Benjamin Franklin to Zimmermann asking France to intervene to help the colonies win the Revolutionary War against England.

13. Woodrow Wilson is known for which of the following?
(a) For keeping the United States out of World War I.
(b) For representing the United States in the League of Nations.
(c) For wanting to make the world safe for democracy.
(d) For being more successful after he was president than before.

14. Which of the following originated in the Roaring Twenties?
(a) jazz
(b) the Church of Jesus Christ of Latter-day Saints (Mormon)
(c) baseball
(d) the internet

15. Henry Ford accomplished all of the following EXCEPT:
(a) improved the assembly line with the use of interchangeable parts.
(b) substantially increased workers’ wages.
(c) personally invented many new and useful technologies.
(d) greatly increased factory output.

17. The causes of Great Depression could have included each of the following EXCEPT:
(a) tariffs.
(b) excessive speculation in the stock market.
(c) another economic cycle that was much worse than usual.
(d) the failed policies of Harry S Truman.

18. All of the following were part of the New Deal EXCEPT:
(a) Civil Conservation Corps.
(b) Servicemen’s Readjustment Act
(c) Tennessee Valley Act.
(d) Federal Emergency Relief Act.

21. Who was William Faulkner?
(a) A Nobel Prize-winning writer of novels that portrayed the South as racist and ignorant.
(b) A Pulitzer Prize-winning reporter during World War II.
(c) The author of “Inherit the Wind,” a fictionalized account of the Scopes Trial.
(d) An inventor who improved the design of the airplane.

24. Alger Hiss was a high-level American government official who was:
(a) a recipient of the Medal of Honor for his public service.
(b) a communist uncovered through the testimony of Whittaker Chambers and the investigation by congressman Richard Nixon.
(c) a U.S. Senator from the State of New York.
(d) a Democratic nominee for President.

26. Who said this in a televised speech to the nation: “What if free people could live secure in the knowledge that their security did not rest upon the threat of instant U.S. retaliation to deter a Soviet attack; that we could intercept and destroy strategic ballistic missiles before they reached our own soil or that of our allies?”
(a) John F. Kennedy
(b) Dwight Eisenhower
(c) Ronald Reagan
(d) Barack Obama

27. Which proposed amendment passed Congress by more than 2/3rds in the House and Senate in the early 1970s and ratified by 35 states, but then was stopped and never obtained passage by 3 additional states to become part of the Constitution?
(a) Prohibition.
(b) the so-called Equal Rights Amendment.
(c) term limits for the president.
(d) term limits for congressmen.

29. The longest-running march on the nation’s capital is in protest to a decision rendered by the U.S. Supreme Court on January 22, 1973. What was that decision, and what did it do?
(a) Roe v. Wade, which gave criminals the right to remain silent.
(b) Miranda v. Arizona, which required police to read suspects their rights before questioning them.
(c) Roe v. Wade, which created a new constitutional right to abortion.
(d) Roe v. Wade, which allows government to seize private property.

31. What was the position of President Ulysses S. Grant on the gold standard for money?
(a) He supported it.
(b) He opposed it.
(c) He wanted a gold standard as long as there was also a silver standard.
(d) This was not an issue when Grant was President so his position is not known.

32. The phrase “be careful what you ask for” (because you might get it and the results may not be good) would best apply to which of the following laws:
(a) the Taft-Hartley Act.
(b) the Missouri Compromise.
(c) the Kansas-Nebraska Act.
(d) the Northwest Ordinance. 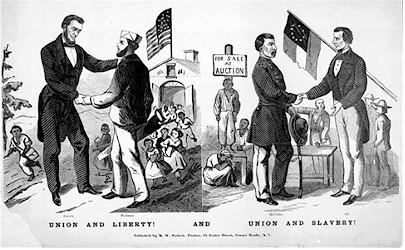 35. All of the following are differences between James Madison and James Monroe EXCEPT:
(a) their positions about ratification of the Constitution.
(b) their records of military service during the Revolutionary War.
(c) their State(s) of residence.
(d) their achievements as president.

37. If George Washington ever wrote a book on “leadership”, which of the following might he have emphasized?
I. Be willing to do something yourself before you try to persuade others to do it.
II. Get good advisors and be willing to take their advice.
III. Be willing to give up power for the good of the enterprise.
IV. Play as many video games as possible, because that is the path to success.

39. An example of a legislative provision that was enormously influential without ever passing was:
(a) the Alien and Sedition Acts.
(b) the Wilmot Proviso.
(c) Prohibition.
(d) The “Tariff of Abominations”

40. Each of the following was an example of a type of colony in America EXCEPT:
(a) Charter Colony.
(b) Free Colony.
(c) Joint-Stock Colony.
(d) Proprietary Colony.

41. Democrat Rush Holt from New Jersey is the only Quaker in Congress, and also one of the most liberal members of Congress. This might be explained by each of the following historical reasons EXCEPT:
(a) Many Quakers settled in NJ and nearby states during colonial times, so it’s not surprising that NJ voters have elected a Quaker recently.
(b) Quakers were pacifists (opposed to all wars), and many pacifists tend to be very liberal.
(c) Quakers have no paid clergy or a strong church structure, both of which might have conservative influence on members on some issues.
(d) All the Quakers who have become president have been very liberal.

42. Review the following cartoon and then describe who “John Bull” represents, and who the sailor in the lower left represents:

43. Each of the following was once a prominent member of the Whig Party EXCEPT:
(a) Daniel Webster
(b) Henry Clay
(c) Abraham Lincoln
(d) Stephen Douglas

45. An example of an influential law or resolution that passed during the Civil War was:
(a) the Pacific Railway Act.
(b) the Military Reconstruction Act.
(c) the Tenure of Office Act.
(d) the Spot Resolutions.

(First everyone should answer this one)
Prominent Americans who were homeschooled include:
(a) Abraham Lincoln.
(b) Thomas Edison.
(c) George Patton.
(d) All of the above.

(Then answer only one question below, as specified)
(For girls only)
When during American History would you expect chivalry to have been the weakest?
(a) Colonial America and the Civil War.
(b) The Great Awakening and World War I.
(c) The Roaring Twenties and the 1960s.
(d) The Gilded Age and the 1950s.

(For boys only)
When did baseball first become America’s “national pastime”?
(a) during World War I
(b) during the Spanish American War
(c) during the Civil War and Gilded Age.
(d) during the Great Awakening