Bat Mitzvah (Hebrew for daughter of the commandments, or more literally, one to whom the commandments apply) is a ceremony held for a Jewish girl when she takes on adult responsibilities. It is similar to the Bar Mitzvah held for a boy but in many Jewish traditions takes place a year earlier when she is 12, as girls mature earlier than boys. The first public "Bat" Mitzvah was the Bat Mitzvah of Judith Kaplan (the daughter of the Reconstructionist movement founder Mordecai Kaplan) in New York City in 1922. However, the idea of a recognition of a girl's coming-of-age started as early as the mid-nineteenth century, when Jews in Italy, France, and Germany sometimes celebrated the 12th birthday of their daughter as a milestone, albeit with a party or dinner and not a ceremony. 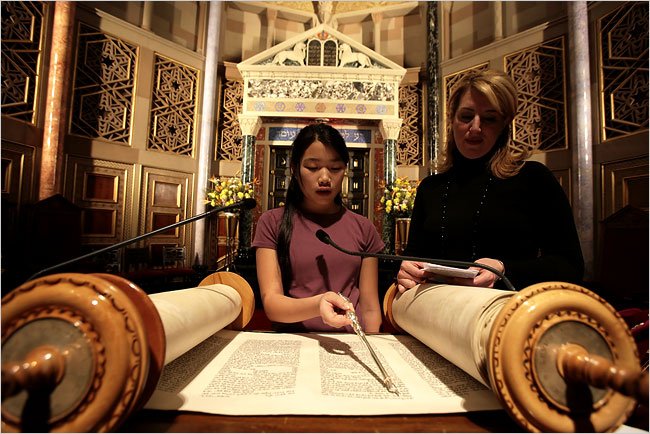