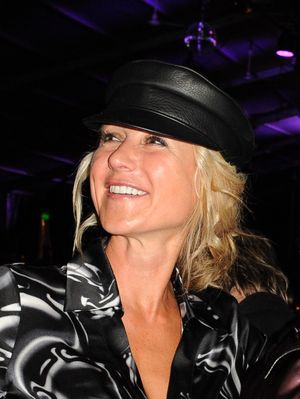 Belinda Stronach is a former Canadian Member of Parliament in the Canadian House of Commons who infamously switched parties in 2005 just before a critical confidence vote.

Prior to her political career Stronach attempted to gain a Business Degree but dropped out after the first year. Her father then appointed her to serve on his company's board of directors and then as it's Executive Vice-President. She would later become Magna International's Chief Executive Officer.

In her early political career she was believed to have had ties to the Canadian Alliance Party and supported Preston Manning's bid in 2000 for leadership of the party.

In early 2004 she unsuccessfully ran for the leadership of the newly formed Conservative Party of Canada. Despite spend more money on her campaign then victor, Stephen Harper she still lost by a large margin. This was mostly seen because of her failure to attend the televised debate between the candidates, along with her ideology on social issues being seen as too left-wing.

However, despite losing the party's leadership she went on to get elected to the Canadian House of Commons in the 2004 federal election by an extremely small margin. She represented the newly formed riding of Newmarket—Aurora. In early 2005, Stronach made a highly controversial political move to gain more personal power by announced she would switch parties to join the governing Liberals. Immediately after doing so she was made a Cabinet Minister in the Canadian government by Paul Martin.

She was re-elected in the 2006 federal election as a Liberal after she forced the party to drop its planned nominee. She announced in April 2007 she would not seek re-election, and would return to Magna International as Executive Vice-Chairman. She later resigned for Magna.