Copenhagen is the largest city and capital of Denmark. With a population of over 1,800,000 in the Greater Copenhagen area, it is one of the largest cities in Scandinavia. It has an excellent harbour and is located strategically between the North Sea and the Baltic Sea. In 2000 a bridge and tunnel, the Oresund Bridge was opened connecting Denmark and Sweden, from Copenhagen to Malmo. During World War II, Copenhagen was occupied by German troops along with the rest of the country from 9 April 1940 until 4 May 1945.

The Carlsberg Brewery and Little Mermaid Statue are tourist attractions in the city. Copenhagen was home to Hans Christian Anderson, who wrote The Little Mermaid.

Although Denmark and Copenhagen have a rich cultural heritage, they have both experienced cultural decline. For example, a 2015, Jerusalem Post article indicates "Copenhagen has for long been the bestiality capital of Europe and has attracted many tourists mainly visiting to have sex with animals. Legislation against this practice was only enacted this year."[1] See also: Denmark and bestiality and Atheistic Denmark and alcoholism 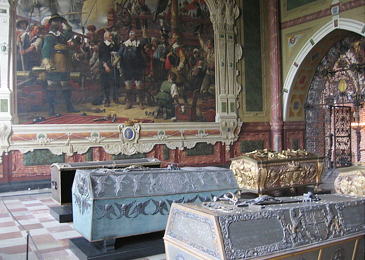